Home > News > Wizkid And Tiwa Savage Seen Together In The US 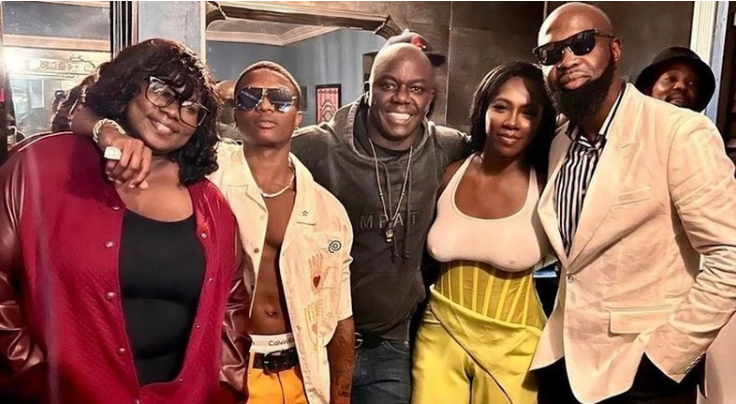 Wizkid And Tiwa Savage Seen Together In The US

Wizkid and Tiwa Savage will be seen together for the first time in a long time.

Wizkid and Tiwa Savage, Nigerian music sensations, were spotted together in the United States of America.

Tiwa Savage’s ‘Water and Garri’ tour will stop in Los Angeles on May 29, 2022. Some Nigerian superstars were there, including Wizkid, Ayo Animashaun, and Audu Makori.

Wizkid and Tiwa Savage will be seen together for the first time in a long time.

There had been whispers of trouble in their once-admired friendship.

Fans had a lot to say about their friendship, from not honouring each other’s birthdays to going missing during their shows.

In 2018, the music stars sparked a commotion when Wizkid featured Tiwa Savage in the video for his hit song ‘Fever.’

The video had over 2.3 million views on YouTube within three days of its publication.

Fans of the musician began to keep an eye on their connection from that point forward.

Interestingly, Wizkid and Tiwa Savage teased fans about what they desired by sharing some PDA moments.

Wizkid and Tiwa Savage, on the other hand, teased fans with some PDA moments.