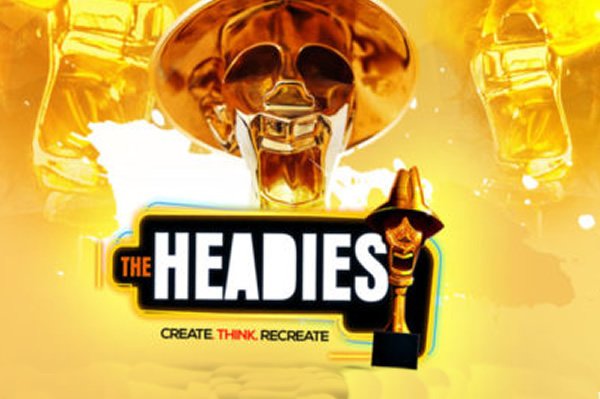 Many Nigerians protested to the relocation of a Nigerian award event to the United States.

The Headies, Nigeria’s biggest music award, announced on March 1, 2022, that its 15th edition will be hosted in Atlanta, Georgia, US. A city that is as synonymous with Afrobeats as Los Angeles and New York. The much-maligned award event was met with whispers and criticism almost immediately.

Many Nigerians objected to the relocation of a Nigerian award event to the United States. Many others maintained that the Grammys, Juno Awards, BRIT Awards, and Latin Grammys would not change to accommodate anything. Some further suggested that it was a ploy to pander to and fit with trends, rather than being genuinely Nigerian.

The Headies will be in its 15th year in 2020. During that time, a slew of additional honors have come and gone. For a long period, Amen Awards were held. SoundCity MVP had promise, but it fell short of the Headies in terms of pedigree and impact. As a result, 15 editions in 17 years is no laughing matter.

Going hard for that long is no joke, and delivering automobiles to the champions of the Next Rated category since the fourth edition is no joke either. The company has also become a product that symbolizes the celebration of excellence in Nigerian music. As a result, the award has received a great deal of criticism.

People only criticize the Headies subconsciously because they realize its significance. I haven’t seen anyone criticize any other award show.

Nigerian music has risen to become a global sensation in the last five years. Nigerian music has two of the world’s greatest hit records in 2021. However, the rise of Afrobeats has corresponded with a modest downward trend for The Headies. The award event was marred by accusations of questionable nominations/wins, shady rules, and poor production.

However, during the previous three years, the award has become more inclusive, accurately showcasing talent at all levels of Nigerian music. Odunsi, Tems, Olu, Gbasky, Deena Ade, J’Dess, and more specialized acts have received nominations. Brymo even received an award in 2021.

Nonetheless, low production continues to be an issue. The Headies, according to some, should be the flagship award in African music. Many individuals have even stated that Animashaun’s lack of vision is the reason the event hasn’t become the leading African music award show. And they are valid points. Nonetheless, Afrobeats is not slowing down.

ABC News referred to Afrobeats as “the new pop” in December 2021. It doesn’t get much larger than that. While K-Pop and Latin-Pop are also on the rise, Afrobeats remains the most recent, having made its debut on the summit of American music and its fourth appearance on the top of European music.

As a result, Afrobeats and the Headies had to work together. African music’s capitalism is currently primarily determined by Americans.

White America will do it for us if Ayo Animashaun does not position the Headies as Africa’s preeminent award event from a global perspective. We were here in 2020 when the UK attempted to claim our story by introducing an Afrobeats Chart. And by crafting a product that primarily appeals to the reality of American music capitalism, they will dominate the show’s definition and modalities. It’s happened before, with the Latin Grammys.

As a result, holding the prize in the United States makes sense.

Second, hosting the award in the United States allows the headies to expand on the profile and legitimacy that they have progressively begun to establish – albeit imperfectly – over the last three years. It’s also a smart idea to make the prize the focal point for recognizing and rewarding excellence in African music. This is still a fundamentally Nigerian honor, whether you accept it or not.

We’re better off with it till further notice than with some creation of American music business, led by a cool kid who has no idea what authentic Afrobeats are and has no intention of adequately compensating them. To raise its reputation and boost production, Animashaun has also obtained some major agreements with Netflix, CNN, and others.

While many of The Headies’ detractors are just concerned folks, others – who will remain anonymous in this piece – appear to be persons who are frustrated that they have no capacity to control or influence the award show’s future.

The sad reality is that they wouldn’t do much better if they had their own award programs. We’ve seen everyone’s agenda, and none of it is marked with fairness. So, if you don’t practice justice and rationality, how can you use them as a whipping post?