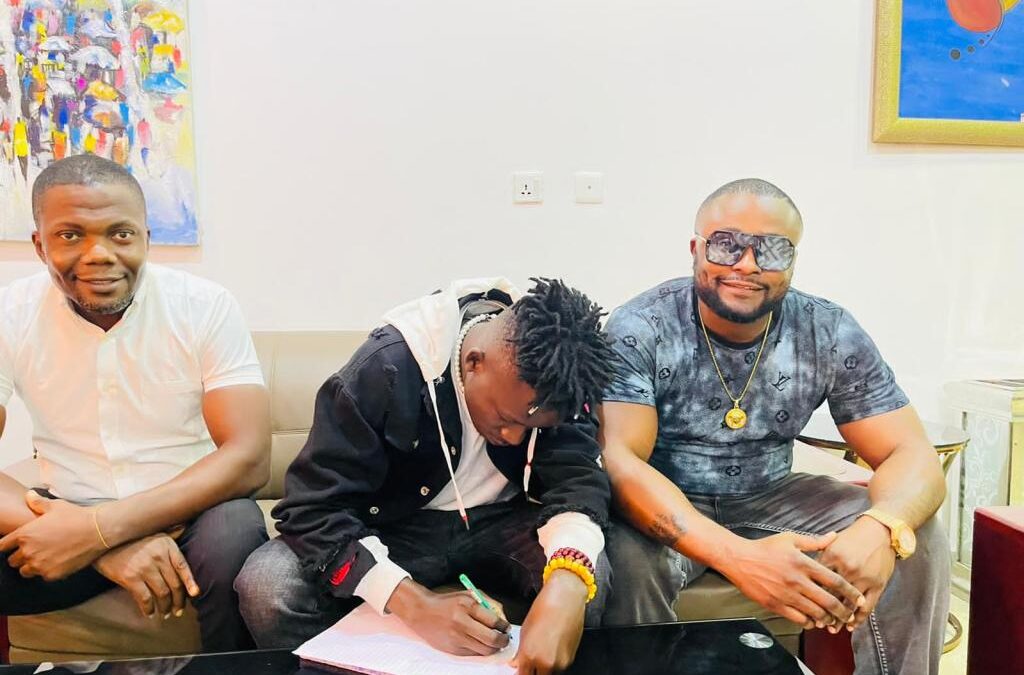 In a bid to boost the Nigerian entertainment industry, an indigenous record company, Oil Money records, has signed Anjorin Jeye Joseph popularly called Jaydboy, just as it disclosed plans to discover more talents across the country to deliver evergreen music’s.

The company described Jaydboy as a multi-talented artiste and he has great potentials that puts him above several other artistes across the country.

At a short signing ceremony held yesterday, Chief Executive Officer (CEO) of Oil Money records, Mr. Ala Kari, stated that the company decided to bring the artiste to the music record family after discovering its skills over the years.

The label spokesperson, Prince Fredoo Perry, expressed confidence in the attitude, humility and passion shown so far by the new signee, saying, Jaydboy is a great song writer, dancer and singer.

The company’s spokesperson stated that signing of Jaydboy was an indication of plans the company has for the music industry particularly discovering talents that could further boost Nigeria entertainment sector.

Parry noted that the firm aim was to support and serve as a platform that would enable talented Nigerians have a platform to achieve their dreams in the country. “Oil Money Record exists to make known the artists who create.

Our label manages the development of songs, production of music, manufacturing of merchandise, creative marketing and distribution of the products we create and Oil Money Record was established in 2020.

“Our desired goal is to operate with a high standard of excellence in business organization and effectively manage music licensing and copyright processes, song promotion, royalty collection, and key partnerships around the world”, he added.

In an interview after joining the record firm, Jaydboy promised Nigerians that he had prepared several blockbusters that would be released gradually to inspire music lovers.

According to him, the new singles line up by the company will be heating the air waves in a few weeks from now.

The artiste, however, commended Nigerian producers, record label owners and artiste for their relentless efforts in selling the countries good image and brand globally.

He added: “It was more of a celebration than a signing that one will wonder what it is that these men have discovered” and Jaydboy was Officially signed to Oil Money Records on 19/04/2021″.

‘La Femme Anjola’ Is Available To Stream On Prime Video