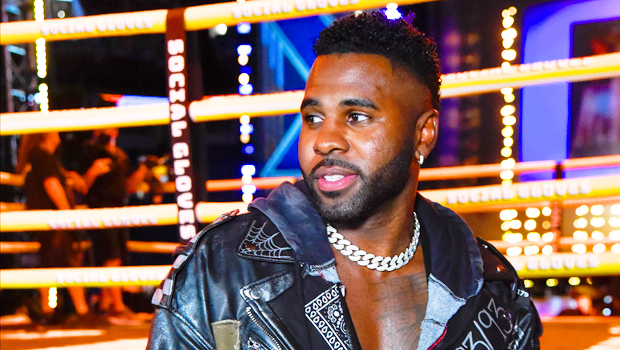 The men were attacked by the music celebrity as they exited a casino in Las Vegas.

According to TMZ, Derulo was leaving a Vegas casino when he reportedly assaulted two guys, one of whom allegedly said “f–k you bitch” at him and referred to him as “Usher” on camera footage.

According to TMZ, someone in the audience yelled, “Ayo, why did you slap him, dawg?” and then a separate voice yells “Hey Usher, f–k you, bitch!”

It’s unclear what spurred the pop star, who was seen striking the man in another footage, prompting bodyguards and numerous other people in the area to try to interfere.

Later, the musician was handcuffed and hauled away.

Iyabo Ojo And Fathia Balogun Reconcile Years After Their Feud