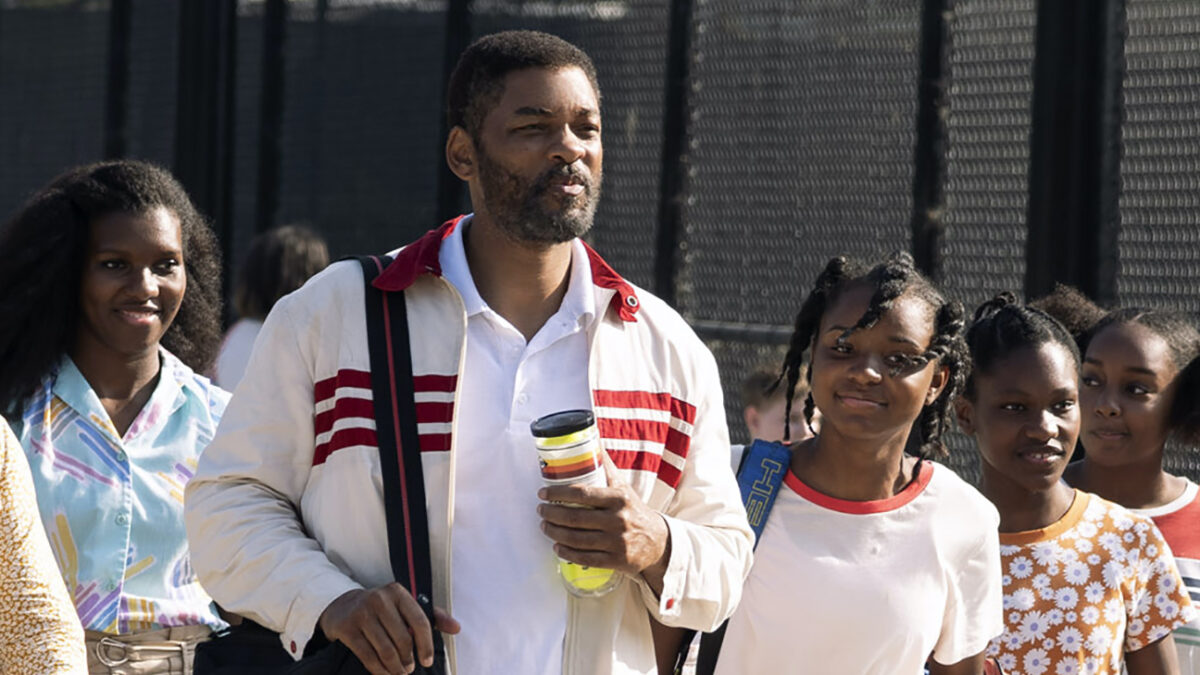 King Richard is a biographical drama film about Richard Williams, the father and coach of famous tennis champions Venus and Serena Williams, who also act as executive producers.

Will Smith plays the iconic “King” Richard Williams, the father and coach of two of the most famous tennis players, Serena and Venus Williams, who are played by Demi Singleton and Saniyya Sidney, respectively. Beyoncé’s new song, “Be Alive,” was composed just for the film.

The film focuses on Williams’ intensity as a coach and a father, and it has a gentler tone and emphasizes the more light-hearted and pleasant parts of William’s job as a coaching father.

The film depicts a coach instructing his kids as well as a parent enjoying his time with his daughters. Williams encourages his girls to toss their tennis rackets “to the sky” in one scene. In another, his wife Oracene, played by Aunjanue Ellis, chastises him for not thinking about his daughter’s feelings. It emphasizes the family side of the film’s sports icon, which is typically overlooked in sports biopics.

The film King Richard is now available in cinemas and on HBO Max.

Check out the Trailer below:

'Black Mail,' By Obi Emelonye, Has Been Nominated For The British Urban Film Festival

Trailer For 'Zoey's Extraordinary Christmas' Is Full Of Holiday Songs