Home > News > Sit- At – Home Mondays Are Over In Anambra – Commissioner 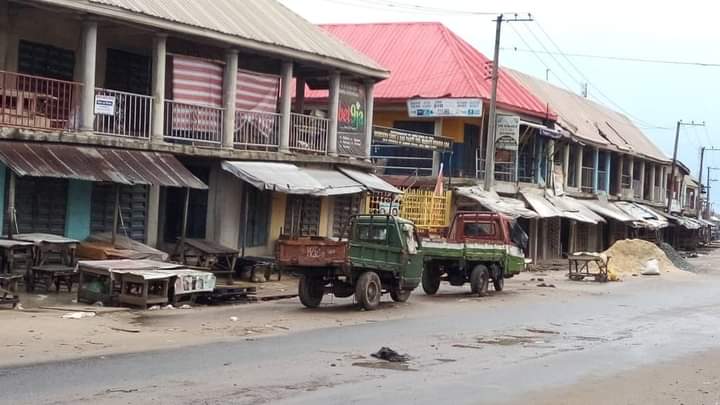 He asked the people not to be concerned about disruptions to their work or harassment from any source.

The government of Anambra wishes to inform all persons and organizations in the state, according to Adinuba, that work has restarted in earnest in the state.

This was said by Adinuba in a press statement issued on Sunday in Awka and made available to the News Agency of Nigeria (NAN).

“This reminder became imperative in view of the tendency of some people to observe in the last few months every Monday as a work-free day.

“Work free day was being observed in the state in compliance with the directive by some non-state actors in an effort to press the Federal Government to free the leader of the Indigenous People of Biafra (IPOB), Mazi Nnamdi Kanu.

“Kanu is standing trial for some charges in Abuja, brought by the federal administration.

“The IPOB leadership has suspended the directive requiring people to stay at home every Monday which it said would start from Monday, Sept.15, throughout the Southeast geopolitical zone.

“The IPOB leadership has in the last few days reiterated the suspension, warning that any person who still tries to enforce the earlier decision is on his or her own and will, therefore, be dealt with accordingly.

“The IPOB leadership has kept every pledge it has made, including rescinding its decision to thwart the November 6 gubernatorial election in Anambra State.

“In fact, far from disrupting the election, IPOB encouraged the people of Anambra State to come out in their numbers and exercise their democratic right on Nov. 6.

“The election is now recognised as easily the most peaceful and the fairest election since the state was created in 1991,” he said.

On Friday, Nov. 19, a number of Igbo leaders, including noble sons of Anambra, met with President Muhammadu Buhari in Abuja to appeal for Kanu’s release and for the problems surrounding his detention and prosecution to be handled in a political manner, according to Adinuba.

The commissioner stated that, in light of the zone’s elders’ efforts to obtain Kanu’s release, the people of Anambra are urged to go about their daily routines on Monday.

He asked the public not to be alarmed if their work is disrupted or if they are harassed in any way starting Monday, Nov. 22.

Adinuba stated the month of December is approaching, and it is the month in which humanity commemorates the birth of Jesus Christ, which is marked by peace, unity, love, solidarity, and merriment.

He explained that the holiday season brings in a new year, which is also a joyful season, and that the people of Anambra, like many other Nigerians, utilize it to initiate community and church development initiatives.

“We hold cultural festivals and conduct important personal, family and community events such as marriages, weddings and title taking. All this requires a lot of money.

“What is more, parents and guardians pay the educational fees of their children and wards during this period, thus making January the longest month in the year, as it is described in common parlance.

“It is in the interest of our people that all markets, all businesses, all offices and all schools in Anambra operate fully every Monday, with effect from Nov. 22.

“All our people are once again assured that they will not face any kind of molestation on any day of the week from any quarters henceforth,” Adinuba reassured.