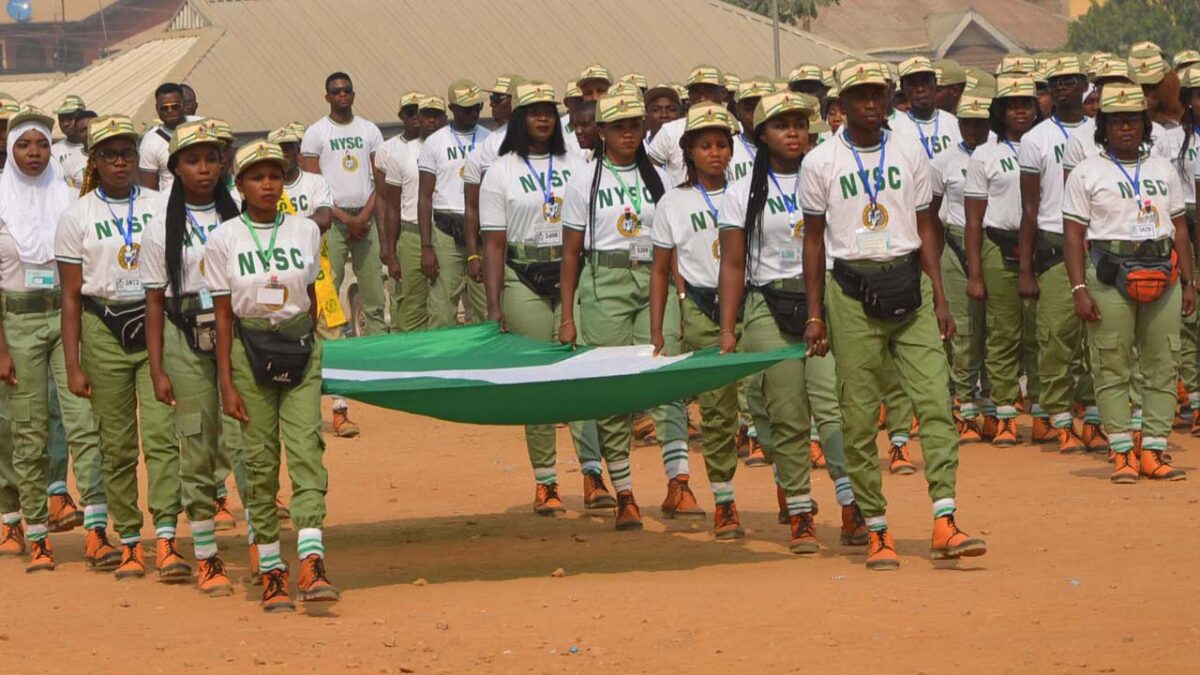 The News Agency of Nigeria (NAN) reports that the corps members who slumped while participating in the parade were immediately rushed to the camp clinic by the medical team attached to the scheme.

Commenting on the incident, the state NYSC Coordinator, Hajiya Aishatu Adamu, said the victims might have been affected by extreme stress.

Adamu said the affected corps members were treated by the medical team and recovered.

Ibrahim, who was represented by the scheme Coordinator, Hajiya Aishatu Adamu, also advised corps members to promote national unity, peace and harmony in their places of primary assignments.

“I urge you to avoid using the social media for spreading fake news, fueling hatred and other negative purposes,” the director general said.

He, however, expressed appreciation to the Nigeria’s First Lady, Hajiya Aisha Buhari for her humanitarian gesture towards the scheme.

“May I appeal for the support of all stakeholders for the success of our health initiative for rural dwellers, which is aimed at providing easier access to free and qualitative health care, especially for the indigent.

“I implore them to take a cue from the first lady by donating well-equipped ambulances for the operation of NYSC mobile clinics as well as other essential equipment and drugs.

“This will facilitate conduct of our medical outreaches, thus boosting the provision of quality medical services to rural dwellers,” he said.

The director general also encouraged corps members to avail themselves of the opportunities for self-employment offered through scheme Skill Acquisition and Entrepreneurship Development (SADE) programme.

NAN reports that the number of the corps members who registered for the 2022 Batch ‘A’ Stream 1 exercise in Jigawa was not readily available.

'Flaky,' By Michael Obiazi Will Be Released In North America