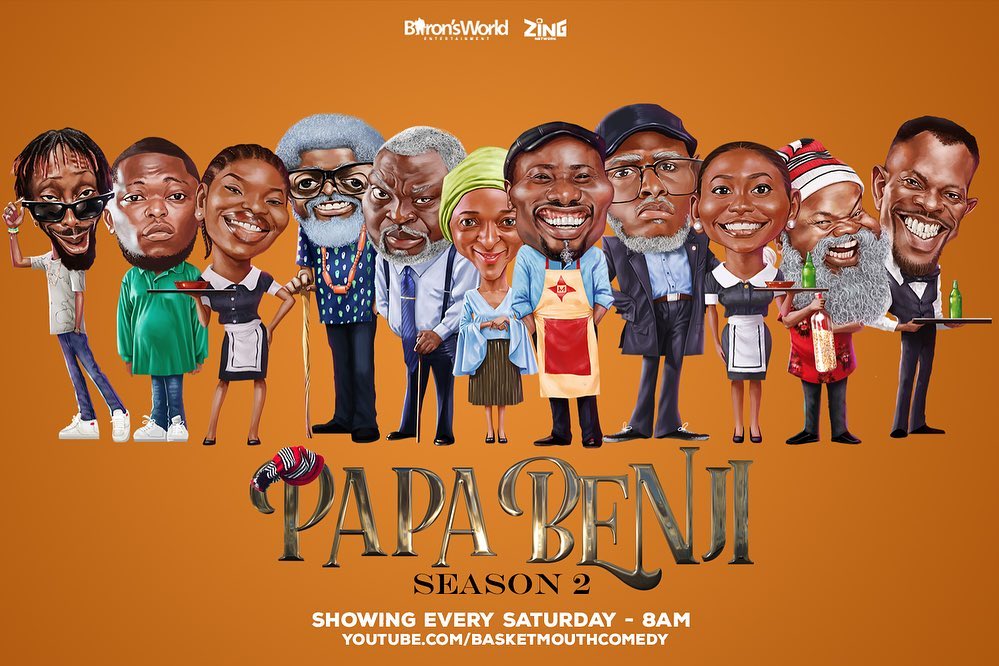 The second season of the comedy series concludes with 13 episodes.

Two months after delighting viewers with comedic episodes, the second season of Basketmouth’s comedy series ‘Papa Benji’ is ready to draw to a close.

Basketmouth, the showrunner, recently published a funny teaser confirming the show’s season finale, captioning it:  “It gives me no pleasure to announce the final episode of #PapaBenji Season 2.”

The 13th and final episode of the show will air on YouTube on October 23, 2021, promising more exciting shenanigans from the comic characters fans have come to adore.

Meanwhile, the stand-up comedian and director recently unveiled his latest project, a Showmax Original series called “Ghana Jollof,” which will air exclusively on the streaming service on October 22, 2021.

Joeboy Releases A New video For His Song 'Sip [Alcohol]'

Tems New video For "Crazy Things" Is Out