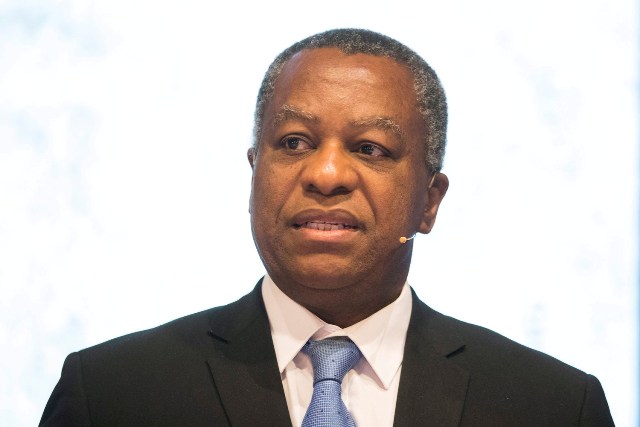 Nigeria Foreign Affairs Minister Geoffrey Onyeama speaks at the Oslo Humanitarian Conference on Nigeria and the Lake Chad Region in Oslo, Norway February 24, 2017. NTB Scanpix/Haakon Mosvold Larsen/via REUTERS ATTENTION EDITORS - THIS IMAGE WAS PROVIDED BY A THIRD PARTY. FOR EDITORIAL USE ONLY. NORWAY OUT. NO COMMERCIAL OR EDITORIAL SALES IN NORWAY. - RTS104PN
News

According to Onyema, there are around 8000 Nigerians in Ukraine, 5,000 of them are students.

The Federal Government plans to begin evacuating Nigerians from the Ukraine crisis to neighboring nations on Wednesday, March 2, 2022.

Geoffrey Onyeama, the Minister of Foreign Affairs, stated this in an interview on Channels Television’s ‘Politics Today’ show on Monday, February 28, 2022, claiming President Muhammadu Buhari had cleared cash for aircraft to evacuate Nigerians.

Asked when the evacuation would begin he said “Wednesday hopefully…Air Peace and Max Air.”

According to Onyema, there are around 8000 Nigerians in Ukraine, 5,000 of them are students.

According to Punch, the Minister revealed that the Federal Government has tipped Air Peace and Air Max to transport Nigerians who wanted to be evacuated.

The minister had earlier told the House of Representatives that around 1000 Nigerians had crossed into Romania from Ukraine while informing them on the evacuation efforts.

He said, “We made Romania the hub and over a thousand Nigerians have crossed there. Poland has about 250, Budapest in Hungary has a similar number, Slovakia is rising rapidly. It is also around 200. There are some Nigerians in a place called Sumy close to the Russian border.

“I have been in touch with the ambassador. There are about 150 of them who are looking to cross into Russia and we have asked the ambassador in Russia to try and get a permit for them to transit to Russia and hopefully by Wednesday we will start deploying planes to start bringing the Nigerians,”

The minister insisted that the evacuation of Nigerians stuck in the warzone is not the duty of the government.

People who spend their money to travel overseas, he believes, should be entitled to return home on their own.

'May God Not Let Me Fall In Love' - Timaya