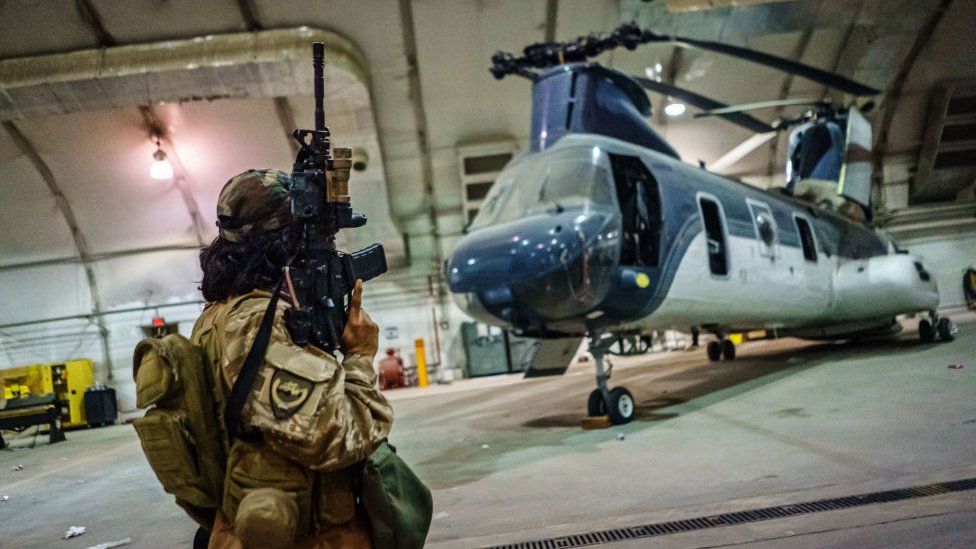 Taliban Forces Inspect Equipment Left Behind by the US Troops
News

Taliban militants have been captured on camera entering and examining Kabul Airport’s hangars while dressed in complete US military uniform and equipment.

The Taliban has assumed control of Afghanistan as the United States of America (US) has formally withdrawn its soldiers from the war-torn country.

On Tuesday, Taliban militants were observed wandering the grounds of Kabul International Airport, clothed and armed in US military gear.

Several videos have appeared on social media showing Taliban terrorists dressed in US military uniforms with guns and ammunition.

According to reports, the Taliban were inspecting the equipment left at the Kabul airport by the United States.

The United States has already come under fire for leaving behind large amounts of sophisticated weapons, as well as vehicles and planes, thus gifting the Taliban a virtual armory.

Earlier, Taliban militants were spotted taking over Kabul Airport and shooting into the air in celebration of the US pullout.

According to a study by the US Government Accountability Office, the US has spent almost $83 billion on training and equipment for Afghan security personnel since 2001, including $3 billion this year.

Furthermore, according to accounts, the US planned to continue funding the Afghan military even after it left, until the Taliban swept through all of the country’s major towns and seized it.

Terrorists have discovered entire yards full of US military equipment and trucks every day since the Taliban took power.