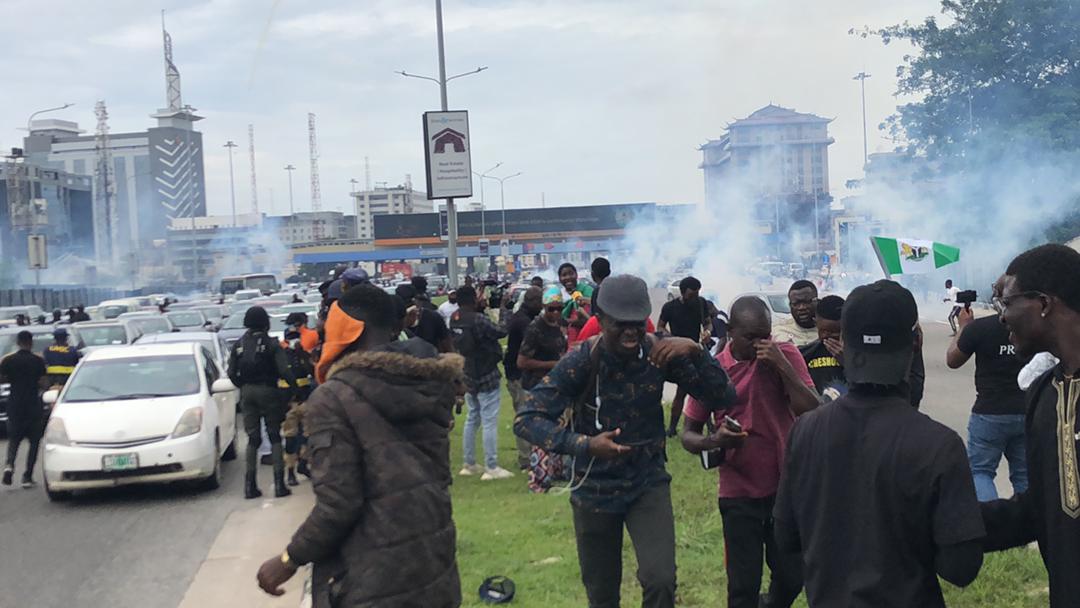 According to the Lagos Police Commissioner, protest leaders informed him that the drive-through commemoration was over.

Odumosu says: “I called Tope who is representing the youths at the judicial panel and he told me that the commemoration protest is over. I called Femi Falana and he told me the protest will now be indoor.”

People were remained at the Lekki toll after 10 a.m., according to the Lagos Police boss, because the protesters said their commemoration would be held inside automobiles and would end at 10 a.m.

“This is not a protest venue. We have the Gani Fawehinmi Park for protests,” he says.

Odumosu goes on to say that he would not allow what happened a year ago to happen again, referring to hoodlums hijacking marches and burning down public buildings in October 2020.

“We cannot ground the economy of Lagos because of a memorial. Today is a working day,” Odumosu says.