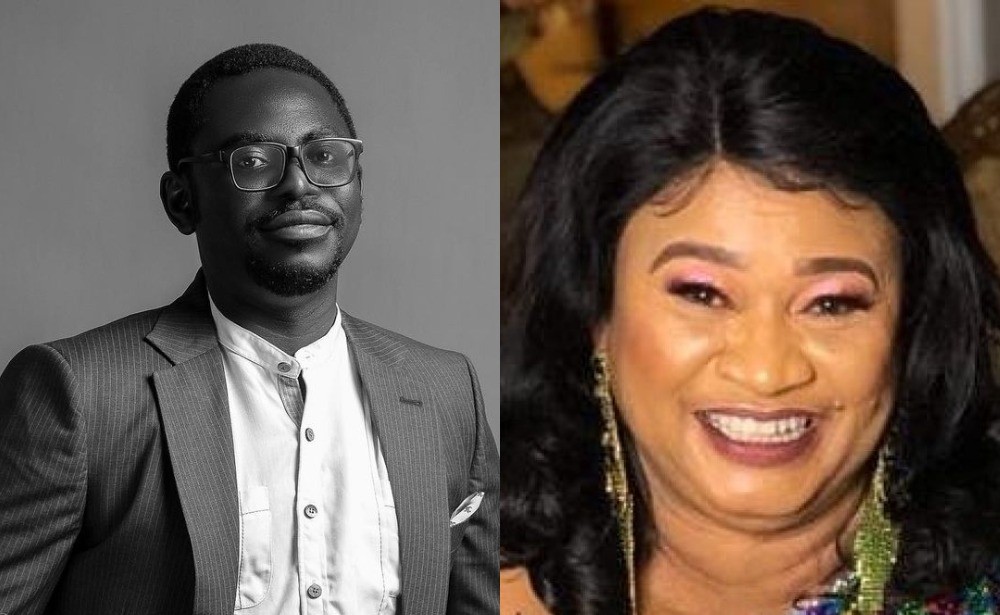 On October 29, 2021, the political satire will be released in theaters.

Niyi Akinmolayan, the film’s executive producer, shared a moving homage to his mother, Nollywood icon Rachel Oniga, who passed away a few months ago, before of the premiere.

“Aunty Rachel Oniga was the first actor to call back after we sent out the scripts. We spoke for almost an hour. She said “Niyi where do you get all these Crazy ideas from”. I told her they were all my Mum’s. She said…ah we must dedicate the movie to her memory o. Then we laughed real hard about Mrs Edem; the character Rachel plays in the film,” Akinmolayan wrote on Instagram.

“Even though I do not believe in the afterlife, I can find some solace in knowing that as long as this movie exists, these two beautiful women will forever be alive to me,” he added.

‘Progressive Tailors Club’ was one of Oniga’s final projects before her untimely death on July 30, 2021, from a heart issue. The 64-year-old actress debuted in the 1980s and was known for portraying matriarchal roles.

Oniga played one of the executives of a tailors club on the verge of a political crisis in the satire directed by Victoria Akujobi.