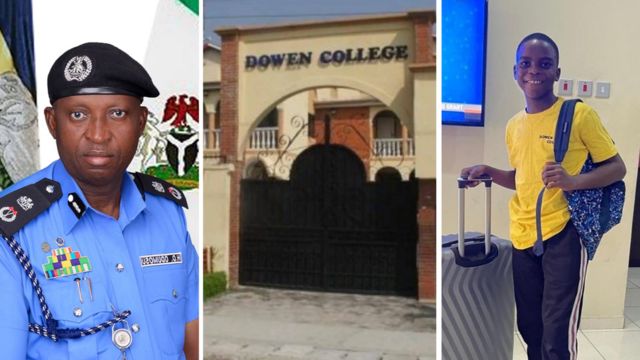 Dowen College has also been closed by the Lagos State Government until the completion of investigations.

Hakeem Odumosu, the Commissioner of Police in Lagos, has ordered a swift inquiry into the death of Sylvester Oromoni, a boarding student at Dowen College in Lekki, Lagos.

Adekunle Ajisebutu, the state’s Police Public Relations Officer, revealed this in a conversation with Punch on Friday, December 3, 2021.

Sylvester, a Junior Secondary School 2 student, was said to have died as a result of injuries inflicted during an assault by his classmates who attempted to initiate him into cultism.

However, the school’s administration refuted the claim, claiming that the 12-year-old child died as a result of an injury sustained during a football game.

However, Sylvester Oromoni Snr, the dead student’s father, disagreed with the school’s stance on his son’s death.

Oromoni said that his kid pointed to five youngsters who he claimed were engaged in his son’s bullying.

The incident continues to spark debate on social media, the Lagos Police Public Relations Officer confirmed to Punch that no arrests have been made in the matter.

“I am not aware but I am aware that the CP (Commissioner of Police, Hakeem Odumosu) has ordered immediate investigation into the incident even though it was not reported to the police,” Ajisebutu said.

Dowen College has been ordered closed by the Lagos State Government pending the conclusion of an inquiry into Sylvester’s mysterious death.