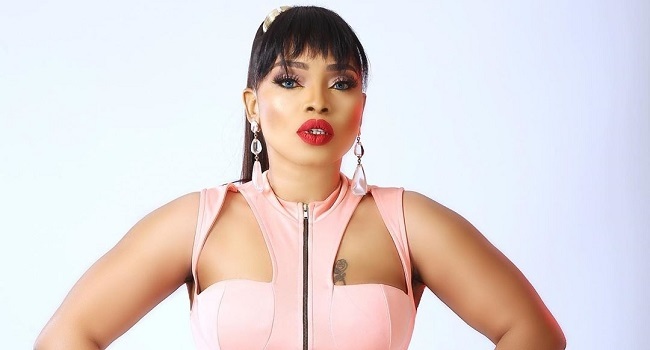 The movie actor says that there are bullies in Nollywood and vows to expose them.

Halima Abubakar, a Nollywood actress, has told how she had to redo a semester of university due to bullies.

The actor stated this while reacting to the news of a 12-year-old pupil who died as a result of injuries purportedly acquired after being attacked by his seniors.

The movie also stated that many performers in Nollywood face bullying in a post she uploaded on her Instagram page on Monday, December 6, 2021.

“The perpetrators should be brought out. And justice served .so Sylvester can have closure and finally Rest In Peace. Bullying is actually rampant. They keep covering it up. Am a border and I know how schools cover crimes in boarding school. #justiceforslyvester#saynotobullies🚫,” she wrote.

“They are right if you report, you snitched, beating, molestation, punishment from seniors or even your own mate. Kindly stop and talk to your kids. Many are hidden. Look even in Nollywood we have bullies and I will name them all.”

“I repeated a semester in BUK because of bullies. The movie star has joined the growing list of celebrities who have called for justice over the death of the child.”

Oromoni died as a result of injuries sustained during an alleged attack by senior students at the school.

Following the attack, he was brought to a Lagos hospital on Friday, November 26, 2021, and was confirmed dead on Tuesday.

The Lagos State government has since shut down the school.