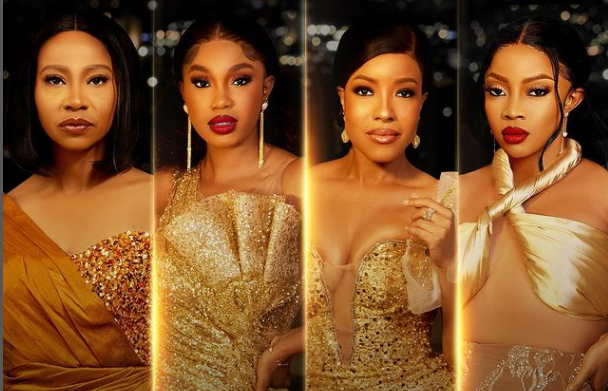 The official trailer for Netflix’s latest Nigerian original feature film has been out, and it’s glamorous!

The ‘Glamour Girls’ video teases the narrative of the upcoming remake of the Chika Onukwufor-directed classic from 1994.

The film tackled socially aware topics via the tale of a young woman’s desire for financial independence, as fans of early Nollywood would recall. She is quickly thrown into the world of prostitution and must find a way to survive.

The trailer for Netflix’s adaptation teases that it would borrow a significant portion of the original film’s narrative, as it revolves on a girl portrayed by Sharon Ooja who seeks survival from a pimp (Nse Ikpe-Etim).

Toke Makinwa, Femi Branch, Uzor Arukwe, Taymesan Emmanuel, and Ghanaian actors Joselyn Dumas and James Gardiner also feature in the version. This would be the first time the streamer has collaborated with Ghanaian actors on a Nollywood film.

Jonathan Not Screened For The Presidency