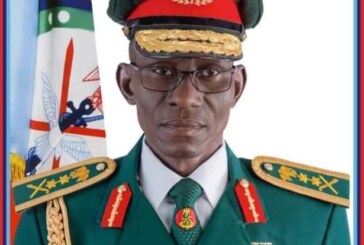 Following the directive of the Chief of Defence Staff, General Lucky Irabor, the Nigerian Defence Academy has established a Board of Enquiry to determine the immediate and remote causes of the breach of security at the premier military institution for officers.

In a statement, Major General Benjamin Olufemi Sawyer, Director of Defence Information, explained that the purpose of this is to sanction any persons found to be culpable and prevent future occurrence.

In addition, the DDI assured the public that the Defence Headquarters would provide updates as events unfold, noting that a search and rescue operation for the abducted officer is still ongoing as troops of the Nigerian Armed Forces work to bring to justice all those involved in the illegal act.

Sawyer denied reports that personnel at the Nigerian Defence Academy (NDA) CCTV monitoring room were sleeping when an attack by bandits led to the death of two officers and the abduction of another.

“The Nigerian Armed Forces wish to categorically deny the allegations,” he said. Therefore, it is imperative that we avoid being used by enemies of our dear country as a propaganda tool.

The media should not participate consciously or unconsciously in spreading unverified stories about NDA Kaduna while tarnishing the reputation and good image of the Armed Forces of Nigeria (AFN) in the eyes of the general public.

“I also want to assure everyone that we will continue to update the general public as events unfold since we all know that we are still searching for the abducted police officers. All those involved in the dastardly act will be brought to justice by the Armed Forces of Nigeria.”