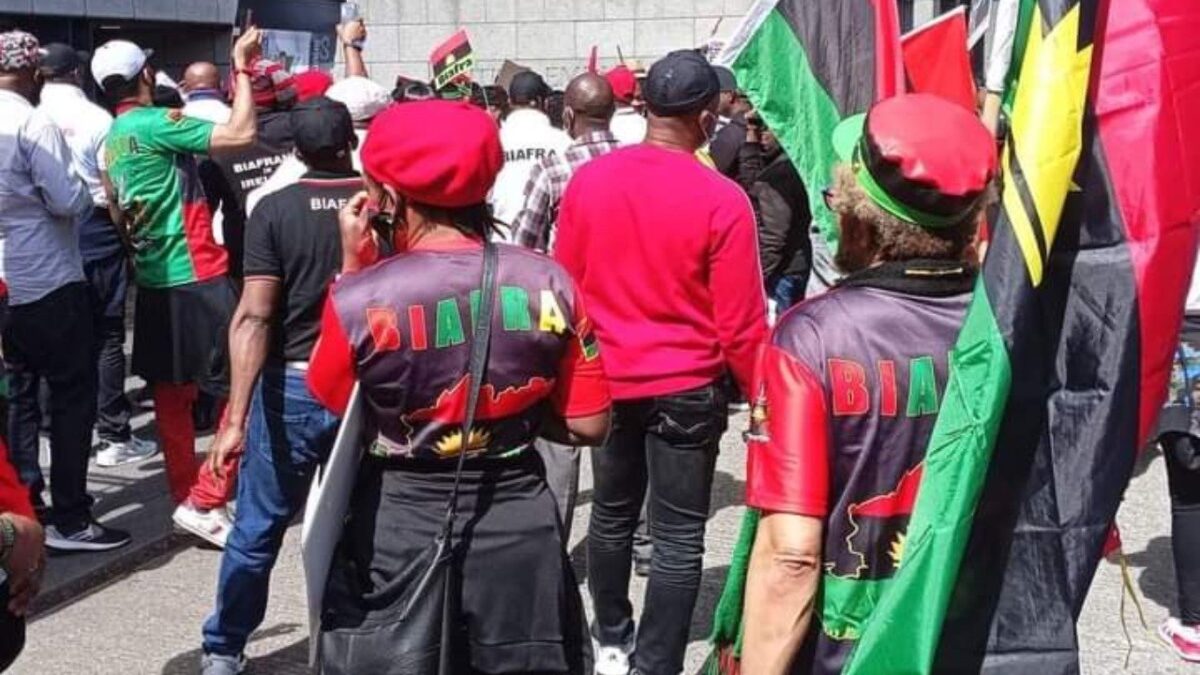 Igbo men are all Biafrans in spirit; they strongly believe in hard work, a hard life, and self-reliance. Flowing through the veins of the Igbo is the I-can-do-it spirit.

Generally, Biafra does not mean secession. IPOB is right to agitate because Igbo are highly marginalized.

When agitating, however, we need to be careful not to inflict more hardship on those who are already struggling.

IPOB has no doubt gained the love and support of many Igbo since growing global awareness of the plight of Igbo has led to funding for the group.

The number of Igbo groups agitating for his release or fair trial proves this. Kanu is receiving open support from some prominent Igbo leaders again. Chukwuemeka Ezeife was leading others in the Court, a great sign of solidarity.

Igbo, however, believes that IPOB’s plan to shut down the South East region may inflict more harm to people already burdened with much hardship.

They are urging IPOB to consider another plan that will not be as damaging. Dr. Okwesilieze Nwodo, the former national chairman of the Peoples Democratic Party, has called on the Indigenous People of Biafra, IPOB, to rescind the call to lock down the South East every Monday.

According to him, the impact is not the best for Igbos.

Nwodo, who recalled the hardships Nigerians went through during the COVID-19 lockdown, said that the zone should not be locked down every Monday and that the Igbos have worked hard and will be happy to see the release of Nnamdi Kanu.