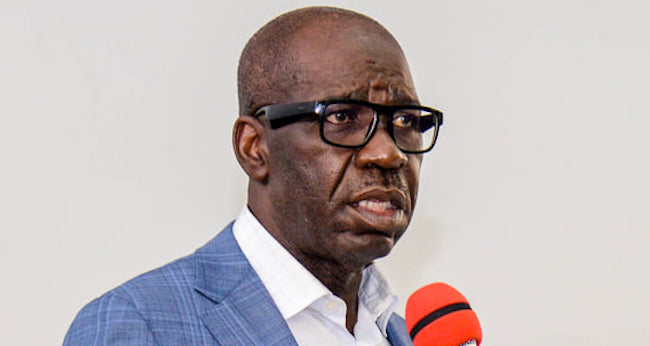 Edo Govt Would Arrest Parents For Their Children’s Street Begging

Education is free in the state, according to Obaseki, thus youngsters should be at school rather than begging on the street.

Obaseki made the remarks while receiving Muslim faithful at the Government House in Benin City to commemorate Eid-El Fitr, which marks the end of Ramadan.

The governor said, “We believe that basic education is the right for every child in Edo State; it’s their right and it’s free and compulsory. We will link education with street begging and street children.

“In the next few weeks or months, we will not allow street begging in the state anymore. We have farm settlements and we need hands and labour to cultivate food. People arrested from where they were begging will be evacuated to the farm settlements to work and if they don’t want to work, they will be sent back to where they come from.

“We just employed 3,062 teachers in the rural communities as they have just finished their training. We will make sure those hard-to-reach areas in the riverine communities will have teachers to teach children. We are training them now to work in those communities.”

“We all must learn to be tolerant to be able to overcome the economic pressure in the land.

“As a government, we will never deceive our people because the people gave us power through the electoral process to lead them.

“Our administration is working hard to create more jobs and opportunities for the people of the state and ensure that life is better for them. We are also creating a peaceful environment, infrastructure, and security to make the state safe.”

Earlier, Alhaji Abdulfatai Enabulele, Chief Imam of Benin Central Mosque, praised the governor for his developmental efforts in all sectors of the state, applauding him for his efforts to eradicate street begging in the state.

'Glamour Girls' Has A First-Look Teaser On Netflix!