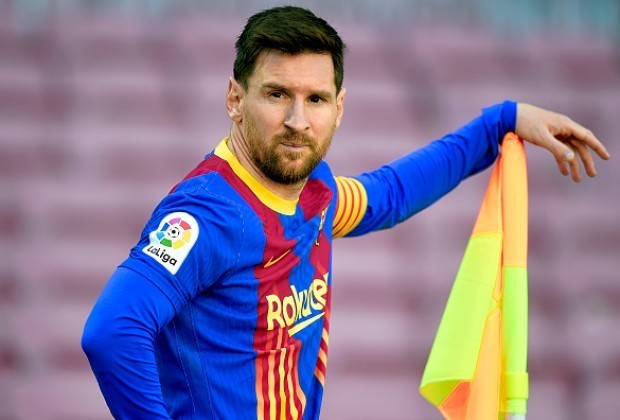 After months of uncertainty over his future, the six-time Ballon d’Or winner is likely to sign new terms at Camp Nou.

Goal can reveal that Lionel Messi will sign a new five-year deal with Barcelona and will take a 50% pay reduction.

Messi has spent his whole career at Barcelona, having made his debut as a youngster in 2004, but was released at the start of July after his contract expired.

The Argentine will not be taking on a new challenge away from Camp Nou anytime soon, as the Blaugrana are poised to announce that the six-time Ballon d’Or winner has signed a new long-term contract with the club.

After surpassing La Liga’s pay cap at the end of the 2020-21 season, Barca were unable to offer the 34-year-old comparable generous renewal conditions.

Junior Firpo, Jean-Clair Todibo, Carles Alena, and Juan Miranda were all sold to generate cash when league president Javier Tebas warned that the Blaugrana could not legally register Messi without drastically decreasing their wage expenses.

Messi has also agreed to cut his yearly wages in half in order to re-sign with Barcelona, and Goal has heard that his new deal will be announced in the coming weeks after a few minor issues are ironed out.

Were there any other offers on the table for Messi?
After his previous contract expired, Messi became a free agent, and it has been claimed that Paris Saint-Germain, Manchester City, and Inter Milan have all expressed interest in signing the Argentina international.

A return to boyhood club Newell’s Old Boys has also been discussed, as has a prospective move to the MLS with David Beckham’s Inter Miami.

Messi reportedly got many official offers, including one from PSG, but he finally chose to remain a one-club guy and play for Barcelona until 2026, when he will be 39 years old.