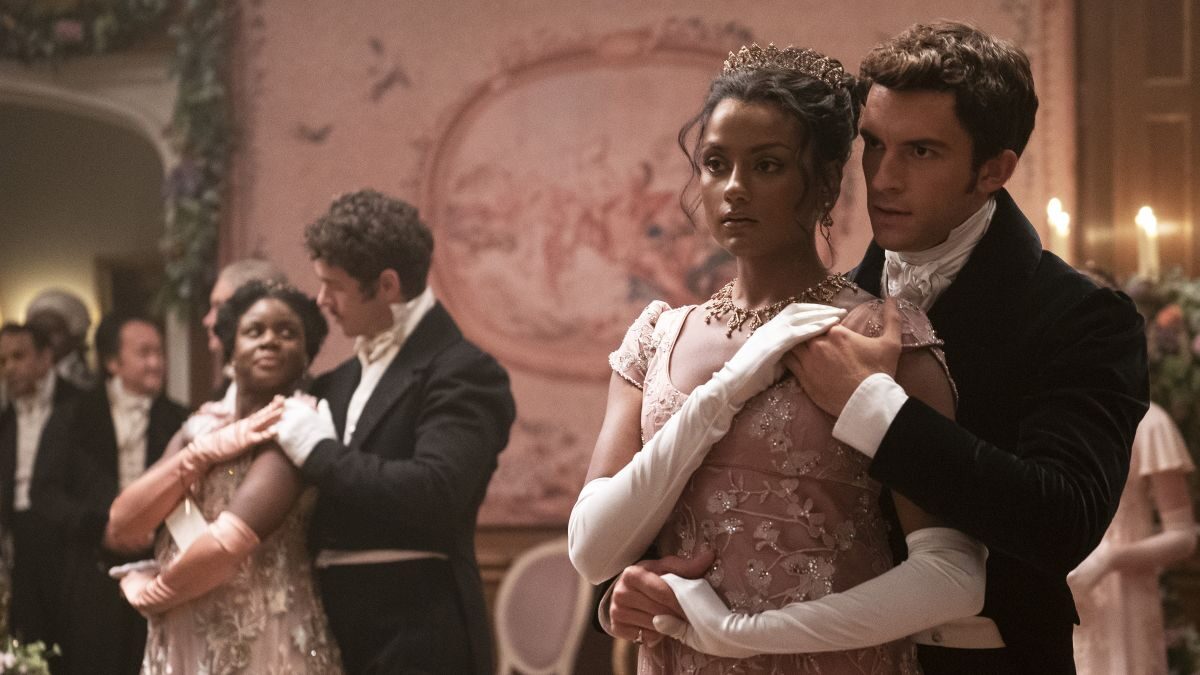 Bridgerton is presently available on Netflix in both seasons.

The show’s second season has racked up 193 million viewing hours since its premiere on Friday, March 25, placing it into Netflix’s Top 10 in 92 countries. Bridgerton set a new record for the platform by becoming the most-watched English-language TV show during its first weekend. The series also came in second place for the weekend’s most popular launch, trailing only Spain’s Money Heist, which racked up 201.9 million viewing hours on Netflix.

Bridgerton’s impressive premiere follows in the footsteps of its predecessor from season 1, which racked up 625 million hours in its first 28 days. While both seasons are setting records for English television, Netflix’s most popular series overall is Squid Game from 2021, which was viewed for a record-breaking 1.65 billion hours during its opening month.

In all 94 countries where Netflix is available, the Korean thriller has risen to the top of the Top 10 Series list. Bridgerton season 1 is, on the other hand, experiencing a resurgence in popularity, climbing to third place in Netflix’s Top Series this week with 32.3 million viewing hours as fans revisit the scandalous love affair between Phoebe Dynevor’s Daphne Bridgerton and Regé-Jean Page’s Simon Basset, Duke of Hastings.

Each season focuses on a different Bridgerton sibling, similar to Julia Quinn’s novel series of the same name. In its second season, the sitcom altered gears to focus on Anthony’s (Jonathan Bailey) love life and his convoluted connection with sisters Kate and Edwina Sharma (Simone Ashley) (Charithra Chandran). Dynevor reappears in Season 2 as a supporting character — albeit not as Page — aiding her brother in his hunt for a marriage. Nicola Coughlan, Claudia Jessie, Florence Hunt, Luke Newton, Golda Rosheuvel, Luke Thompson, Will Tilston, and Julie Andrews all reprise their roles as Lady Whistledown this season.

Bridgerton is Shonda Rhimes’ second programme and third appearance on the weekly Top 10 list. She previously wrote and produced the drama series Inventing Anna, which drew just under 29 million viewers between March 21 and 27. Bridgerton season 2 is on its way to become one of Netflix’s most successful English debuts, thanks to a strong launch and a lot of buzz. Fans are excited to see the Bridgerton siblings’ love lives unfold in this spicy historical drama, which has already been renewed for a third and fourth season.

Bruce Willis Announces Retirement After Being Diagnosed With Aphasia