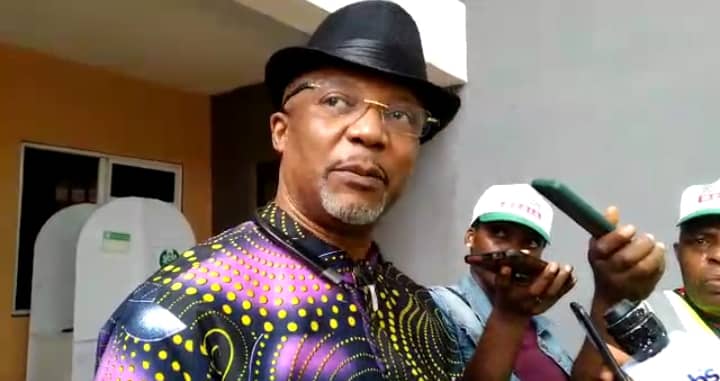 Nkem Okeke, Deputy Governor of Anambra State, says he is satisfied with voter turnout in the state, and that the current governorship election is the cleanest he has ever seen.

Okeke was impressed since he had previously believed that voter apathy and security issues would dissuade them.

The deputy governor told media after voting that the Bimodal Voter Accreditation System (BVAS) worked correctly and that the biometric procedure was stress-free.

The process, he says, has been quite transparent and calm.

He said, “This was probably the smoothest process I’ve ever seen. Before, normally I have a problem with my fingerprint. Before, the machine will not recognise my fingerprint but this one recognised it quite well. It didn’t even take a second before that took place. This is smooth, you can see people are voting, it’s peaceful.

“So far everything seems to be going well. I’m actually impressed with the turnout. I had prayed against voter apathy, security issues, security problems, it seemed to have helped, people are here to vote, to exercise their civic rights and I’m quite pleased.

“I want to believe it’s the federal government, the amount of security they put in place for this process, it’s important, people need to feel free to exercise their civic rights on who leads them into the next level and I think these things work, it really works.

“I’m quite happy, you know to look around, even the police presence we are talking about is not here, people are seen to be calm doing their voting and going about their business. I’ve just done mine.

“Next thing is they give you your voting card to go and cast your vote into the box. It’s quite interesting. I’m happy with the way things are going quietly. I believe that if this goes like this we would get the result in no time.”

Okeke visited the State House in Abuja after switching sides and was greeted by President Muhammadu Buhari.