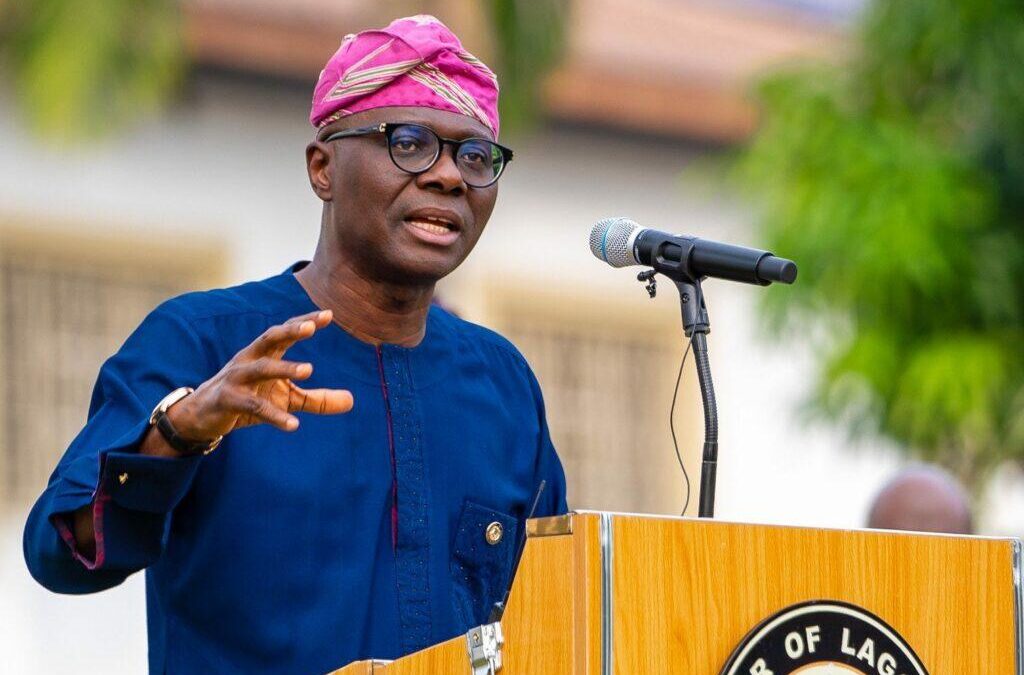 2023: I Won’t Take You For Granted, Sanwo-Olu Promises People Of Badagry Division

The Lagos State Governor, Mr Babajide Sanwo-Olu on Thursday, took his campaign to the Badagry Division of the state, promising never to take people in the zone for granted nor disappoint them.

Sanwo-Olu, who is seeking reelection, made this remark at the APC Lagos West 2 Senatorial District Mega Rally for Badagry Division held at the Federal Government College, Ijanikin in Ojo Local Government Area.

The governor was joined in the campaign by the party’s Chairman, Pastor Cornelius Ojelabi, APC chieftains, and candidates of the party for various elective positions in the zone, comprising Ojo, Amuwo-Odofin, Badagry, and Ajeromi Ifelodun local government areas.

Sanwo-Olu, who noted that his administration had executed various development projects in the division, said that he would make sure that his empowerment programs made the youth more responsible citizens.

He assured them that his administration would ensure the facelift of all neighborhoods, ensure more security and safety for all as well as enhance public transportation and healthcare services among others.

Sanwo-Olu said: “All we need to do that are your rights and entitlements in Badagry Division we will do, this government will not disregard you or take you for granted.

“Your children that are in various schools will feel the impact of all our interventions in public schools. We are going to build more markets for our market women.

“These are what we are doing. When we come again, we will do more, we will do bigger and better and brighter things for all of us in Badagry Division. These are the things we are going to hand over to you.”

The governor urged people in the division not to be deceived by politicians campaigning that it was the turn of Aworis to produce the governor.

He said that the Aworis (People of Badagry Division) were already in the leadership of the state.

Commending the youth, non-indigenes, market men and women, and other critical groups for their support to the ruling party, Sanwo-Olu said that his administration would do more for the division.

Highlighting his achievements in the zone, Sanwo-Olu said that his administration had inaugurated a hospital in Badagry and was also about to complete that of the Ojo local government area.

He said that his administration had also elevated the college of education in the division to a degree-awarding University of Education.

“We have been doing a lot for this division, by the power of God, the railway that we promised from Mile 2 to Marina, will soon begin operations for your use.

“When you start using it, we shall extend it to Okokomaiko, we have created space for this and we shall complete it in two or three years.

” The train will go under the bridge at Okokomaiko. We have been repairing and constructing roads in Ojo and we will continue to do this.

“Very soon, we shall begin work on Badagry sea port which we have received approval from the Federal Government for,” he said.

Sanwo-Olu, who commended the support of various APC stakeholders and loyalists in the division, urged them to mobilize votes for the party’s Presidential Candidate, Sen. Bola Tinubu, and all other candidates.

“Go to the nooks and crannies, tell all your friends and neighbors that APC is a party to beat and that it is a party you want.

“Tell them that it is a party for the people, the youth, women, young and old, physically challenged in our society and that APC will always remember you and will always do the best,” he said.

Reeling out the names of all the APC candidates in the division, the governor urged party leaders and loyalists to mobilize votes for them in the forthcoming general elections.

“You have assured me that this time around, you will beat Alimosho, Ikeja, and Lagos Island in the number of votes,” he said.

Addressing the people, the APC chairman who hailed from the division, commended all the party leaders from the zone for their support for the party.

Sen. Ganiyu Solomon, the Director General of, the APC Presidential Campaign Committee (PCC) for Lagos state, also thanked the people for their support and commitment to the party over the years.

Solomon pledged that the candidates would continue to promote peace and unity while ensuring that Lagos residents enjoyed the dividends of democracy.

The mega rally was attended by a host of APC chieftains, candidates, and members, among others, who gave Sanwo-Olu and his deputy, Dr. Obafemi Hamzat a rousing welcome, reassuring them of their unwavering support in the forthcoming elections.

Oyo Secretariat, Other Communities In Total Darkness Over Power Outage