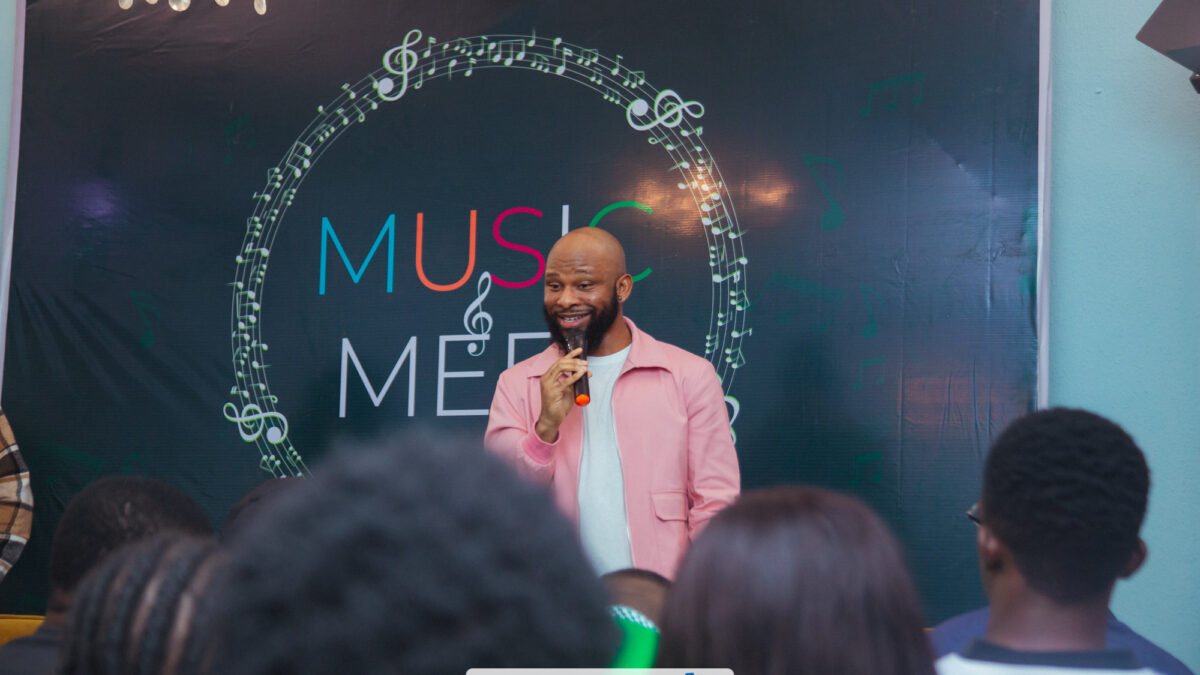 Blueprintafric in collaboration with Camc media and Slursh hosts a music networking session with Ben Omasiete.

As it currently seems, The problems established from this issue majorly originate from the low level of collaboration in the creative industry and the limited support provided to talented up-and-coming musicians. The industry is individualistic and individualism doesn’t drive as much growth as conscious collective efforts to foster collaborations among music professionals and other creatives alike.

Blueprintafric media in one of its many attempts to change the narrative and strengthen the creative ecosystem in South Eastern Nigeria, collaborated with Slursh premium water and CAMC media to organize and bring the Music and Meet event to life. The music networking session which was held on Saturday the 24th of September 2022 at the Blueafric media playground aimed to cater to music enthusiasts and other professionals and individuals in the creative industry, with valuable conversations around collaboration and its importance to music professionals.

Music-preneur Mr. Ben Omesiete was the guest of honor at the networking event and he raised topics and spoke extensively on the value of encouraging creative collaboration across the music industry and other creative industries in the southeast as that is one of the determining factors for success in the industry. The session didn’t end on that note as much more high-value insights were shared among the participants of the events including numerous other ways to achieve success as a South-Eastern musician.

It is without a doubt that the music and meeting ended on a positive note and that every participant gained a lot of value from the discussion. Blueprint afric continues to make efforts to stir up conversations that are directed towards growing the creative ecosystem, which is a positive step in the right direction.