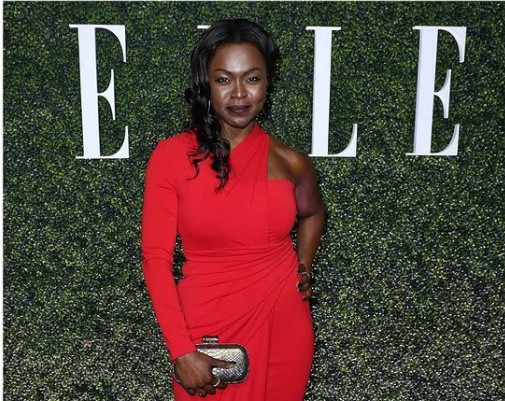 Nigerian-American actress Yetide Badaki has teamed up with Payback Entertainment founders Prentice Penny and Sebastian Jones for “Naija Vamp,” a comic to be released in 2023 that will also be developed for TV.

It follows the story of “Bisi, who is turning 40 years old. Again. In fact, Bisi turned 40 many years ago when she became a vampire as part of her Nigerian undead family heritage. Struggling to find herself in the New World amidst navigating her family’s Old World vampiric expectations and unable to keep a partner for fear of eating them, Bisi’s (after)life has felt like one perpetual time loop she can’t quite escape. But this year is going to be different. This year Bisi is going to learn to accept and fully embrace all of who she is, even the blood-sucking part.”

Yetide Badaki said of the project, “I am over the moon to be embarking on such an epic storytelling adventure with Prentice, Sebastian, and the team at Payback Entertainment. As a geek and as a Nigerian it has been a dream come true to be able to fuse both of these elements in this unconventional coming-of-age tale and to hopefully play a small part in further expanding inclusivity in genre spaces. To see “Naija Vamp”, an idea that originated in my mind, brought to fruition in partnership with the immense talents and experience of Sebastian, Prentice, and the team is the absolute geektastic cherry on top. Gratitude is an understatement.”

According to Deadline, Yetide will work with Prentice Penny and Sebastian Jones, as well as Chris Pollack and Alex Soler, to produce the comic book series and TV series. Payback will publish the comic, which Sebastian Jones will co-write with Yetide, and Stranger Comics will distribute it. The comic will be released in the summer of 2023.

Reports Reveal That The Highest Spenders In Africa Are Nigerians