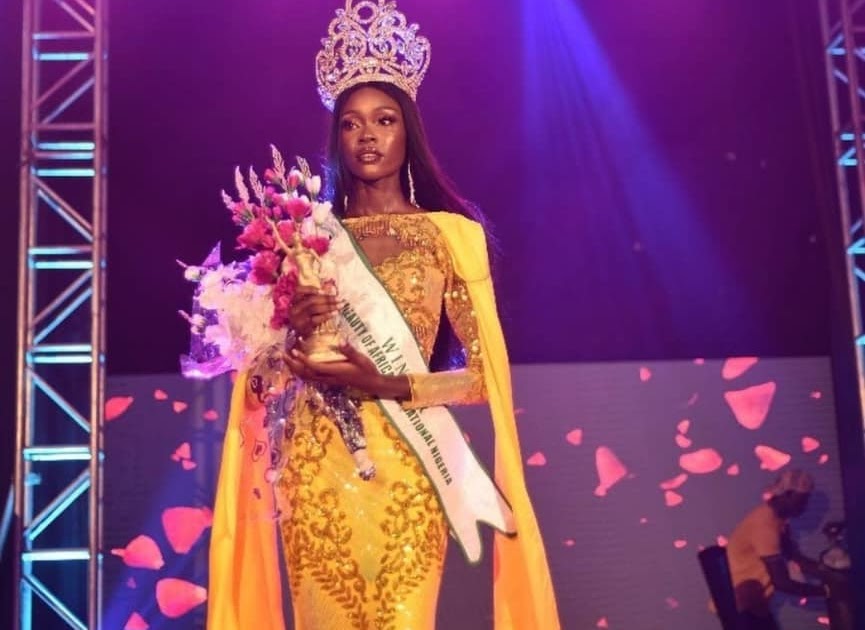 The Dr Gabriel Okara Cultural Centre in Yenagoa, Bayelsa State, hosted the grand finale of the 14th edition of one of Nigeria’s most renowned pageants on Friday, June 11, 2021.

The pageant, with the theme “value all women,” attracted over 150 entries, which were then reviewed and reduced to 12 competitors who made it to the camp, where Mebine, an English and literary studies graduate of Niger Delta University, finally won.

Miss Esther Ogechi Gabriel was the first runner-up, Toluwalope Olarewaju was the second runner-up, Abigail Effiong Mkperedem was the third runner-up, and Egunyinka Oluwatosin Alexandra was the fourth runner-up.

The top three winners would, as is customary, represent Nigeria in Pageants International franchised contests such as Miss International, Miss Globe, and Miss Supranational.

The event was hosted by ace comedian Gordon and Nigeria’s fastest emerging TV compere Earniwhine, and it also included Nollywood A-list Actress Angela Okorie, who  performed live on stage, as well as delegates from the Bayelsa state government.

The victors were crowned based on their intellectual kneeness, leadership position, and other remarkable traits, according to reports from the pageant judges announced by the pageant Director, Mr Daniel Opuene.

The pageant also has an African counterpart, in which delegates from various African nations compete. Due to Covid-19 limitations, the second version was held online on April 29th, 2021. It created a new milestone as Africa’s first virtual pageant, producing Miss Namibia as the crowned Queen.