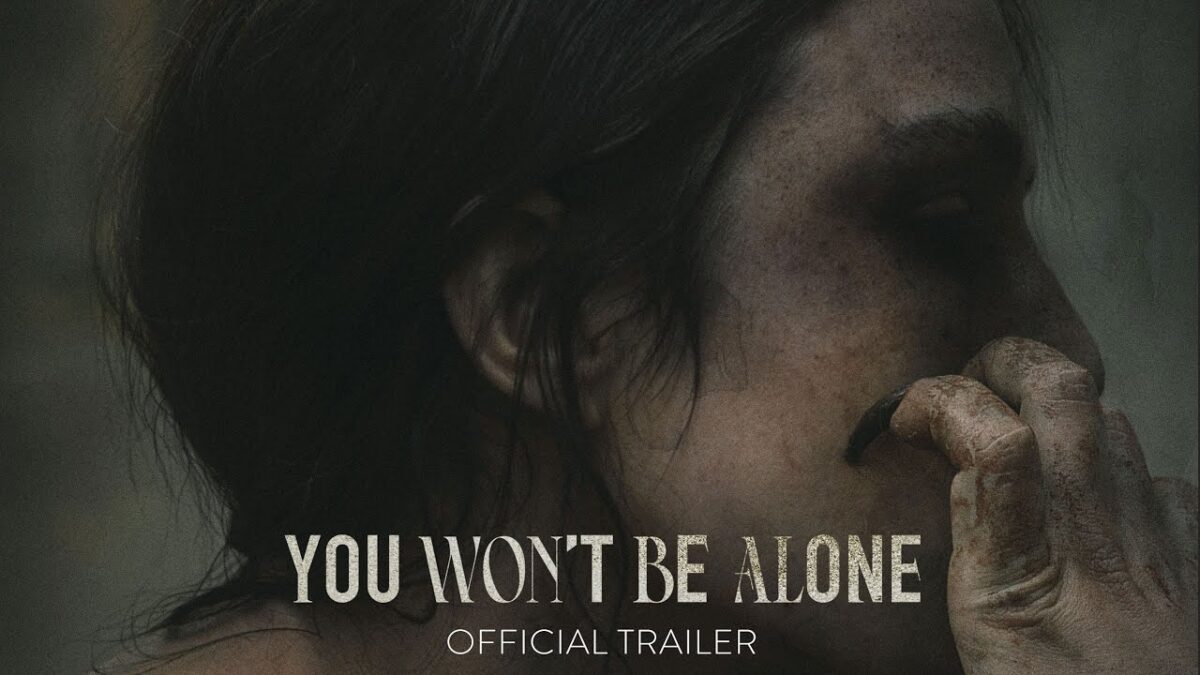 The film will be released on April 1st, and it is both sentimental and terrifying.

The official trailer for the forthcoming Sundance Film You Won’t Be Alone is now out, and it depicts a terrifying yet moving story of a kidnapped child doomed to become a witch whose curiosity pushes her to live and learn among people by killing and stealing the flesh of others. The film will premiere at Sundance in January, followed by a broader theatrical release on April 1, 2022.

Noomi Rapace (The Girl With the Dragon Tattoo) plays a terrifying witch who takes on the bodies of others to learn about being human in You Won’t Be Alone. She is abducted as a tiny child and grows up with no understanding of human existence until she inadvertently kills a peasant lady and discovers she has the ability to take on another’s form. The teaser depicts her living in the body of a woman, going through life’s ups and downs. We watch her go through cruelty, love, pleasure, happiness, and death. Though her body dies, the witch lives on and is performed by a different actress in another incarnation.

The witch is shown in the teaser as an inquisitive bystander who merely wants to see how they operate, rather than as a malicious monster out to curse the innocent 19th-century Macedonian townsfolk. Despite being marketed as a supernatural horror thriller, it appears to have a number of dramatic moments as the witch hops from life to life and learns more about what it means to be human.