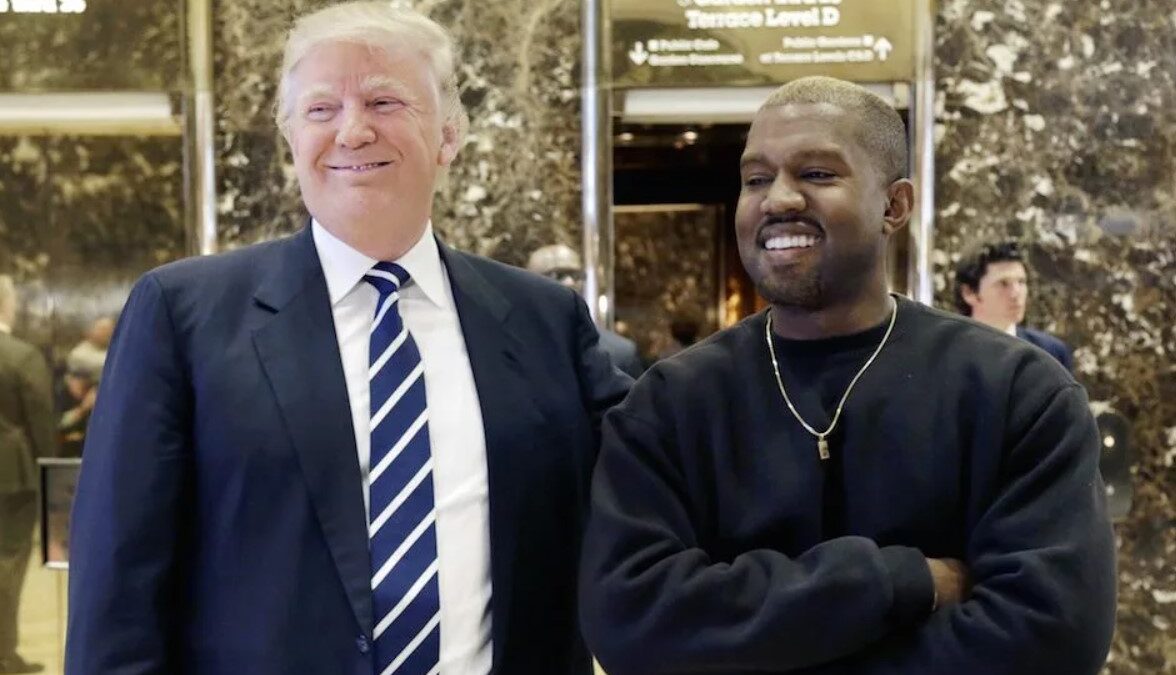 Kanye West announced his intention to run for president of the United States in 2024, and as of now, it’s been reported that he’s asked former president Donald Trump to be his running mate.

Kanye West has said that he plans to run for president of the United States in the 2024 elections. Reporters may be seen asking the rapper-singer in a recent video if he’ll run for office again. Ye responded yes to this. “It’s simple…. It’s just we’re moving toward the future,”  he answered.

The rapper and business mogul pointed to Milo Yiannopoulos, a political figure who appeared in the film, and stated, “This is Milo right here, working on the campaign.”

Since this information became public, West has kept everyone updated on his campaign. The artist stated today, November 23, 2022, that he has spoken with former President Donald Trump about the upcoming elections.

He tweeted his first experience at Mar-a-Lago: “First time at Mar-a-Lago. Rain and traffic can’t believe I kept President Trump waiting. And I had on jeans. Yikes.”

He added: “What you guys think his response was when I asked him to be my running mate in 2024?” after posting a poll for his supporters.

He is running for president for the second time. Under the “Birthday Party” banner, West attempted to run for president in 2020, but he was unsuccessful as he ultimately conceded after being on the ballot in only 12 of the 50 states and not receiving enough votes.

The rapper openly backed Trump before his run for president and went to the White House while donning his notorious “Make America Great Again” cap.

Trump, who was the 45th president of the United States from 2017 to 2021, is also running for president in 2024, just like West. They both just joined Twitter once more. West was kicked from the site for his anti-Semitic sentiments, while Trump was barred following the January 6th US Capitol protests last year.

The former president recently described the rapper as “acting too wild,” so it’s uncertain what kind of response to expect from him. In the aftermath of the rapper’s most recent anti-Semitic rants and public meltdowns, the former president, who had previously bragged that West was a lifelong friend of his, criticized their friendship.