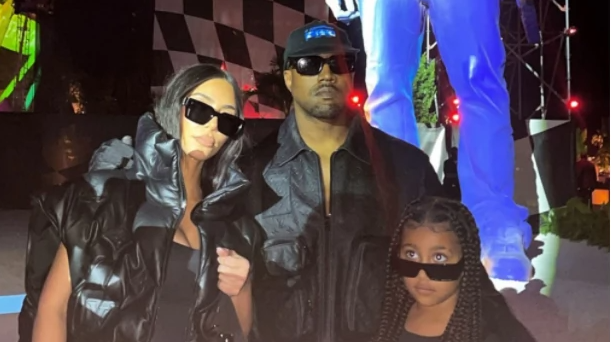 North West, the couple’s eight-year-old daughter, attended the ceremony with her estranged parents.

Kanye and Kim have reconnected for at least one night, as the rapper continues to beg for his ex- wife’s return. At Virgil Abloh’s homage, Kanye West and Kim Kardashian reconcile, with the rapper appealing for her return despite the Pete Davidson relationship.

The ex-couple attended Virgil Abloh’s memorial service and fashion presentation together on November 30. The former Kimye couple posed for a photo with their daughter North.

They were joined by some of the most famous musicians for a Louis Vuitton runway show titled “Virgil Was Here.” Virgil Abloh was a well-known designer who worked for Louis Vuitton and Off White.

After a three-year struggle with cardiac angiosarcoma, a rare and deadly form of cancer, he died on Sunday. In a message on his Instagram account, the 41-year-old death was confirmed

In part, the caption reads, “We are devastated to announce the passing of our beloved Virgil Abloh, a fiercely devoted father, husband, son, brother, and friend.”

“He is survived by his loving wife Shannon Abloh, his children Lowe and Grey Abloh, his sister Edwina Abloh, his parents Nee and Eunice Abloh, and a host of dear friends and colleagues.”

He has decided to fight his disease in private since his diagnosis in 2019, undertaking a number of tough treatments while also running a number of influential institutions in the domains of fashion, art, and culture.

Kanye insists he isn’t giving up on his marriage, even if Kim has moved on with Pete Davidson.

While serving as creative director for the rapper’s design studio Donda, West and the late Abloh enjoyed a warm friendship.

West’s albums “My Beautiful Dark Twisted Fantasy” and “Yeezus” both had art directed covers by him.

21 Savage, Lil Baby, Gunna, Metro Boomin, 2 Chainz, Ivanka Trump, and Jared Kushner were among the other celebrities that attended the Louis Vuitton event.

Davido Talks About His Parents' Simple Way Of Life