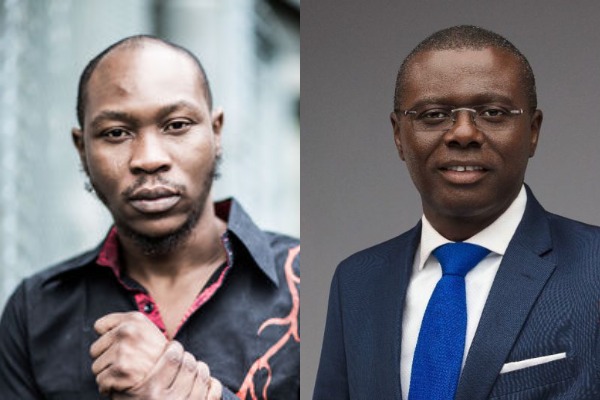 I’m not one of those that do things for popularity or for people to like me or to gain access to anybody,” he said.

Seun Kuti, a Nigerian Afrobeat artist, has distanced himself from the proposed ‘walk of peace’ by Lagos State Governor Babajide Sanwo-Olu.

Sanwo-Olu has sued numerous well-meaning Nigerians, including the music artist, for peace and harmony.

During an interview with Channels TV, the pop artist dismissed the proposed walk, urging that justice be served for the deaths lost during the 2020 protests.

“I am for justice. If you know me you know I am just a normal guy that wants things to happen the way they should happen. I’m not one of those that do things for popularity or for people to like me or to gain access to anybody,” he said.

“I don’t need to walk with the governor before there is peace in Lagos. There has been peace in Lagos for years that nobody had to walk for it. It is the thing that we need to sort. And to sort it now, only justice can do that. And we all know that there is no place in the world without justice.”

When asked if he would join the peace walk, the singer implored the governor to do the right thing and restore justice to the state.

The governor-appointed panel, which was formed to issue a white paper on the report previously submitted by the Lagos panel on the #Endsars, refuted charges of a massacre on October 20, 2020.

'Spider-Man: No Way Home' Has The Most Ticket Pre-Sales Since 'Avengers: Endgame'