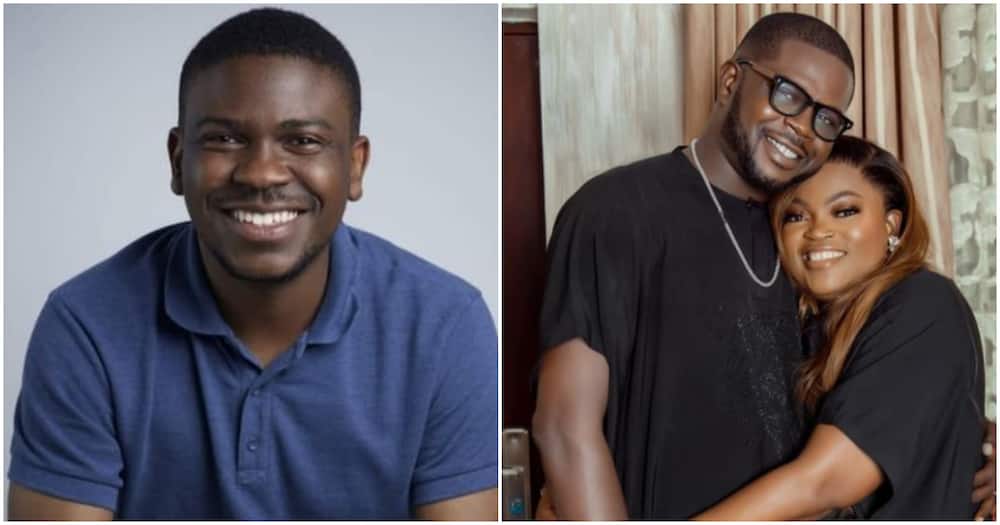 The filmmakers of the successful film Omo Ghetto: The Saga have been accused of failing to credit the sound editor.

Kolade Morakinyo, a top film soundtrack composer, has chastised filmmaking duo Funke Akindele-Bello and JJC Skillz for failing to recognise him for sound editing and design work on their popular film ‘Omo Ghetto: The Saga.

Despite working on a frantic schedule days before the film’s premiere, Morakinyo claims he and his team were not given credit for the sound design AMVCA nomination or the version broadcast in theatres and on Netflix.

“In October 2021, I was contacted by JJC Skillz/Funke Akindele to work on Omo Ghetto the Saga. This project came to us super late so my team and I spent so many sleepless nights trying to deliver,” Morakinyo shared on Twitter in a Twitter thread.

“Even though the delivery format format we required for our work was messed up by their Picture Editor and I had to work from Amen Estate residence to resolve this issue. We finished the project, sent to the cinemas and got beautiful reviews about the sound production of the movie. Please see below feedback from JJC himself (attach video).

“3 days ago, the AMVCA announced its nominees and to my utter shock, my name wasn’t there. I discovered I’d been replaced with someone that I later learnt only did the film score (read as soundtrack). I immediately reach out to JJC and he claimed this was an oversight and sent his apologies. He also claimed he’d sent an email to AMVCA to rectify this error.

“However, nothing has been fixed. As at this time, nobody is giving ne any concrete information and Puffy Tee who was wrongly credited is enjoying all the attention from my hours of work and sweat.”

The Bellos have yet to comment or take any action to address the issues presented against them as of the time of this report.

This isn’t the first time Akindele has been accused of exploitation and shady business practises. Cassandra Owolabi, a scriptwriter, accused the actress of verbal assault and poor working conditions in 2020.