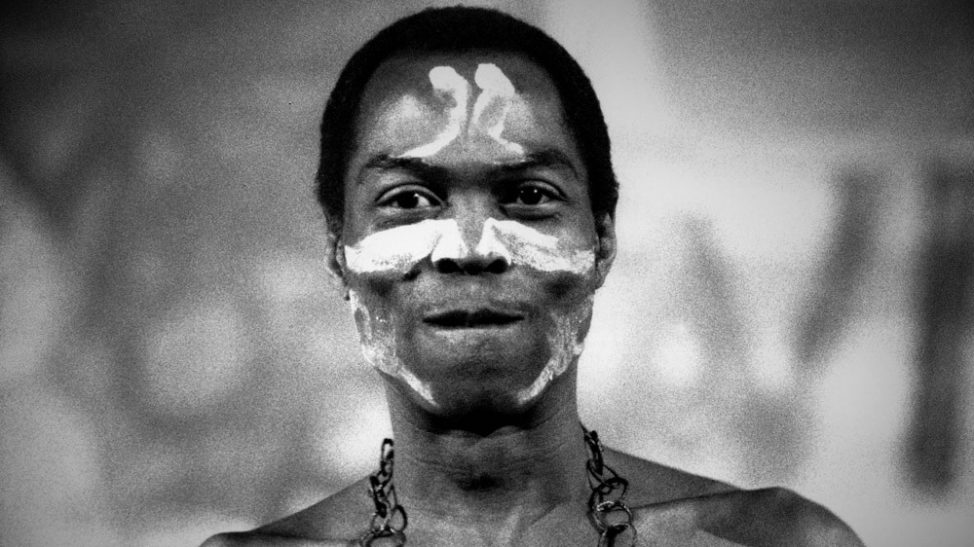 As a nation of over 250 million people, Nigeria is a breeding ground for gifted radicals who are unique in their own ways.

The country is a fertile ground for eccentrics who constantly create electric shocks that jolt the conscience of the nation as a reminder for us not to lose our collective soul.

The list of indigenous non-conformists in Nigeria is as long as the arm of a full-grown man. Chinua Achebe, Tai Solarin, Wole Soyinka, Gani Fawehinmi, Odumegwu Ojukwu, to name just a few. In every aspect of human endeavor, across the nation’s many tribes and ethnic groups, you are sure to find one unconventional Nigerian who goes against the grain of conventional thinking and refuses to be subject to what the society considers normal.x

Among these renegade Nigerians, one stands head and shoulder above the rest. Olufela Olusegun Oludotun Ransome-Kuti aka Fela Aníkúlápó Kuti, in my opinion, was the foremost idiosyncratic Nigerian that has ever lived. He was, by far, the country’s quintessential Bohemian. The man was an eccentric long before eccentricity became fashionable. A scion of a family of congenital rebels, Fela was an iconoclast who shattered norms, shredded traditions, and smashed status quo. He was a colorful, perpetually shirtless, pot-smoking, polygamous and polyamorous traditional medicine practicing man at a time when such lifestyle combination was unheard of – and considered a taboo – in the Nigerian society. Fela was Nigeria’s own good trouble.

To the gun-toting despots who took power through multiple bloody coups in Nigeria, however, Fela Aníkúlápó Kuti was an annoyance to be kept in abeyance. He was a nuisance to successive civilian juntas who met his constant grievance with merciless vengeance. In return, Fela did not hesitate to give them all the hell he thought they rightfully deserved. He was a thorn on the sides of tyrants. The man was an irritant who would not go away quietly and a pestilence who would not be cowered.

Besides his notoriety as a troublemaker, and beyond his reputation as a hell-raiser, Fela Aníkúlápó Kuti was, first and foremost, a musician par excellence. As a multi-instrumentalist who played the saxophone, trumpet, keyboard, guitar, and drum, Fela was a genius who invented a style music that was uniquely his own and authentically African. The Afrobeat, which he pioneered, is a music genre which involves the combination of elements of West African musical styles such as fuji music and highlife with American jazz and later soul and funk influences, with a focus on chanted vocals, complex intersecting rhythms, and percussion (Wikipedia).

Through his concerts and performances, Fela spread the tunes of his Afrobeat all over the world. As a result of his unique style and talents, he put Nigeria on the map of the music world. Radio stations in America and Europe played his tunes and his music would become soundtracks in blockbuster Hollywood movies. Fame and fortune followed in quick succession. Fela was a household name all over Africa and the world at large.

Unlike contemporary musicians of his time, Fela Aníkúlápó Kuti’s musical career transcended mere entertainment. His music was his voice speaking to the ills of the Nigeria society. To him, “Music is supposed to have an effect. If you’re playing music and people don’t feel something, you’re not doing shit. That’s what African music is about. When you hear something, you must move. I want to move people to dance, but also to think. Music wants to dictate a better life, against a bad life. When you’re listening to something that depicts having a better life, and you’re not having a better life, it must have an effect on you.” (Interview included in the Book titled “Noise of the World, authored by Hank Bordowitz). The man was a force of nature who loomed large in influence both in the culture and politics of the African continent.

Motivated by an Afro-centric worldview and imbued with a social justice mindset, Fela spoke out, through his music, against societal injustices and the pernicious corruption of governmental officials especially in Nigeria. His protracted fight against military and police brutality made him, in my opinion, the original Father of the Black Lives Matter movement. His songs such as Zombie (1977), Suffering and Smiling (1978), Unknown Soldier (1981) – which all became instant hits and topped the charts – were written, specifically, to address the menace the men and women of the Nigerian military and police force had become to ordinary Nigerians.

For his political activism, Fela was beaten and jailed several times, and his African Shine commune, popular known as Kalakuta Republic – which dubbed as home and studio – was burnt and destroyed by agents of Nigeria’s military rulers more than once. The greater Ransome-Kuti family suffered a great deal at the hands of the police and agents of the military rulers. Fela’s elderly mother, the indefatigable Chief (Mrs) Funmilola Ransome-Kuti, was fatally injured after being thrown out of the window by soldiers of the Nigerian army who invaded Fela’s home. Like other good troublemakers of this world, Fela paid dearly for daring to speak up on the behalf of downtrodden Nigerians and he endured great hardship for speaking out against corrupt government officials.x

Almost 25 years after his death, our own prodigious Fela Aníkúlápó Kuti is now being recognized as an inductee into the Rock & Roll Hall of Fame Class of 2021. The impressive list of 16 nominees includes such musical greats as Tina Turner, Chaka Khan, Carole King, Dione Warwick, and Mary J. Blige. The top five artists, as selected by the public, will comprise a “fans’ ballot” that will be tallied along with the other ballots to choose the 2021 inductees.

So far, nearly 5 million people have already cast their votes. And as of this writing, Fela is number 2 on the list having garnered 515,834 votes. He is trailing only Tina Turner who has received 573,887. As an African and a Nigeria, I’m super excited for this recognition being conferred on an African great. That the whole world still remembers and appreciates the greatness and ingenuity of this trailblazing African makes me exceedingly proud.

I call on my fellow Africans and all Nigerians to go to the Rock & Roll Hall of Fame, 2021 Induction website to cast their vote for this incredible son of Africa. We must all rise up in support of this African icon and get Fela Aníkúlápó Kuti inducted into the Rock and Roll Hall of Fame Class of 2021. Come on folks, we can do this!

Segilola Ogidan's directorial debut 'Tainted Canvas' to premiere this May