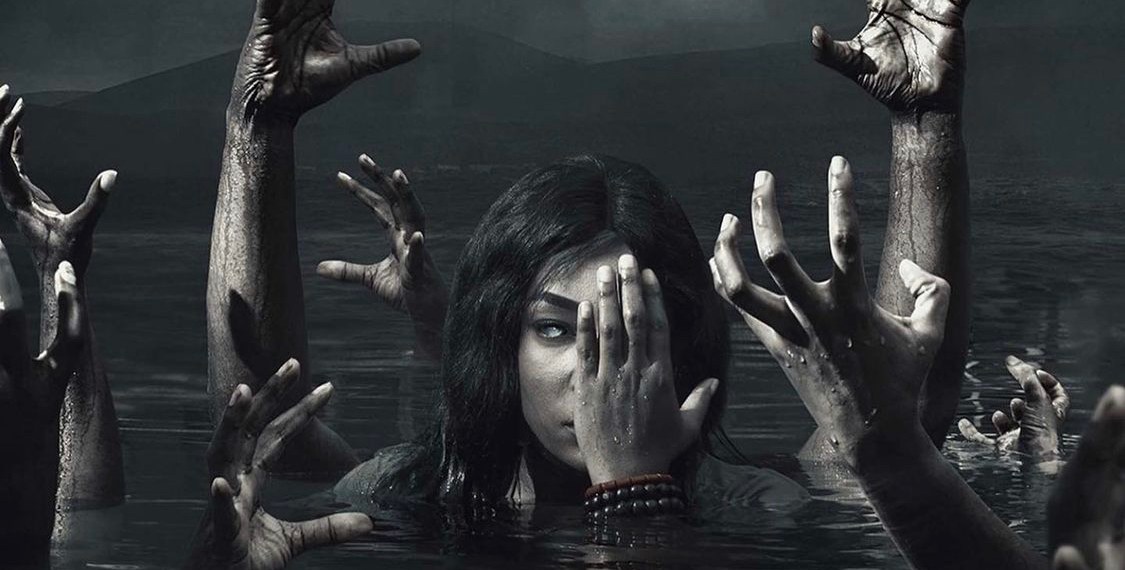 The journey into motherhood is the joy of every woman but in a certain Nigerian village, the death of a pregnant woman brings about prosperity.

These are the dominant themes in The Mystic River, a new series that was exclusively screened at the Terra Culture, Victoria Island, on Sunday.

The 26-episode series shot in the Ijebu-ode area of Ogun State was produced by Rogers Ofime and directed by Uzodinma Okpechi.

The plot, the filmmaker, says, is a reflection of some archaic cultural practices that need to be abolished as well as some that are worthy of emulation. Mr Ofime told PREMIUM TIMES that his project can be described as a story of good and evil.

The series, which lasted for about an hour, stars movie veteran actors like Jide Kosoko, who played the role of the king, Dele Odule, who played the role of Balogun, and Joke Muyiwa. Other actors in the production include Ben Touitou, Tonia Chukwurah, Ayo Ewebiyi, Sogade Oluwabunmi, Debby Eloghosa, Folaremi Agunbiade, and Maryjane Ogu.

The horror supernatural series follows a story from a remote Nigerian village. Many women in a village start vanishing and all of them have something in common. The ones that vanished from the village apparently were pregnant.

This remains a mystery until a doctor comes by with a child and she comes near to uncovering some of the most
dangerous secrets covering all of these up.

The props, cinematography, and characters show cultural depth, just as the first part of the series is laced with several horror scenes. It is, however, shocking to see that the next victim for the “greater good” of the village, Bisi, a pregnant woman, stabs herself in the place of refuge after escaping from captivity.

Asked why he chose to shoot a supernatural horror series, the filmmaker said he is deciding to carve a niche for himself when it comes to storytelling.

“I am not going against tradition, I’m not going against culture, I feel like there some things, it’s a metaphor, there are somethings we don’t like in our country today and we can stand up and do something about it like the doctor stood up to fight tradition, we can stand up and do something, we don’t have to leave everything to the government. I believe that standing up, saying something, or making a change will go a long way,” he explained.

Mr Ofime, who is best known for producing several notable Nigerian television soap operas, including the successful ‘Tinsel’, said they encountered many challenges while shooting the series.

From having to live in a community with no basic amenities for two months, to navigating unfamiliar terrains. He said getting a good phone network connection required the cast and crew to drive 45 minutes away from the community.

He mentioned that some of his crew members were also bitten by reptiles on different occasions.

Abimbola, one of the guests at the screening, said the series is worth watching as it brings the Nigerian culture to the global space.

“One of the things I love about this movie is the fact that it explores our culture, there are not so many Nigeria movies on foreign platforms that explore the intricacies of some of the things that go on in our communities, our nation, our society, that explore our tradition. This one does,” she said.

Also, one of the cast members, Jude Chukwuka, who, interestingly is Igbo but describes himself Yoruba-centric, told this newspaper that he rehearsed his lines for two weeks of rehearsal and was on set for a month.

“Create an African environment, Let’s tell your story, and let African-ness fly everywhere, that’s my point. So, looking for a core message like you would find in Shakespeare, I don’t care, let’s just bring our African-ness and let people see it.

“There is a dearth of African culture and in whatever way we can push it, let’s push it. ‘The Mystic River’ The movie is a must-watch because it is set in African told by Africans in an African setting and unashamedly brought to the global stage’’.

The ‘The Mystic River’ will be screened for the first time to the general public starting from May 14 on Netflix.