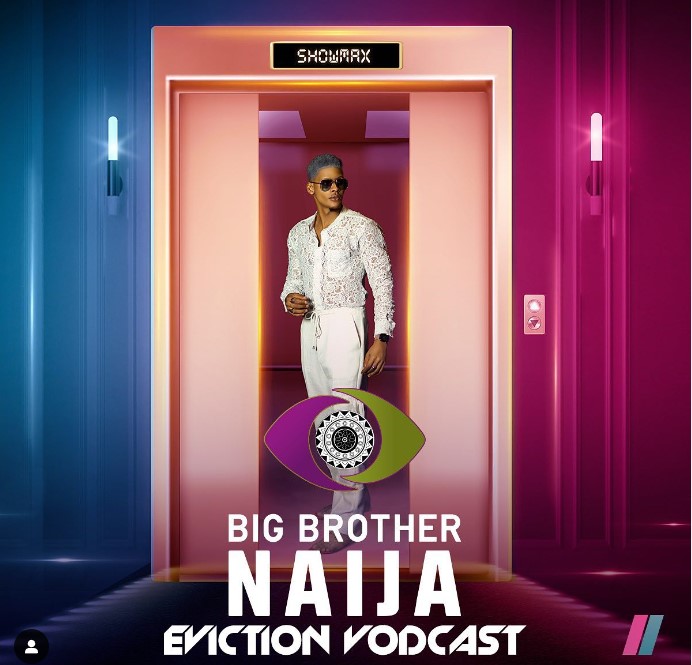 The BBNaija Eviction Vodcast is an in-depth talk with the evicted Housemates in which they discuss their experiences in Big Brother’s House.

The BBNaija Eviction Vodcast is an in-depth talk with the evicted Housemates in which they discuss their experiences in Big Brother’s House.

When it comes to what it was like for them to “bare it all” on the program, The Eviction Vodcast will go deeply into the experience. In addition to being accessible on DStv Catch Up and Showmax, the first episode will air in August.

Since he shared a house during the BBNaija Pepper Dem season, the multi-talented creative personality is no new to the program.

He then established himself as one of the most inventive roommates in the history of the program because of his amazing material, which included skits, advertisements, and microfilms.

He held his show “The Cliffhanger” in 2018, during which he spoke with several young people, including several former BBNaija housemates.

This year’s BBNaija experience on Showmax for fans is on another level thanks to a ton of BBNaija content, such as the exclusive talk show BBNaija S7: The Buzz, hosted by media personality Toke Makinwa, the Eviction Vodcast, and Secret Diaries, which are brief clips from the Diary Room, as well as Daily and Weekly Highlights episodes that can be downloaded to your phone and watched at a later time.

Fans of BBNaija in sub-Saharan Africa, the United Kingdom, and the Republic of Ireland get access to all the action in the Big Brother homes on Showmax for the second consecutive year.

Visit www.showmax.com for more information on the Eviction Vodcast, BBNaija S7: The Buzz, and other Showmax services.