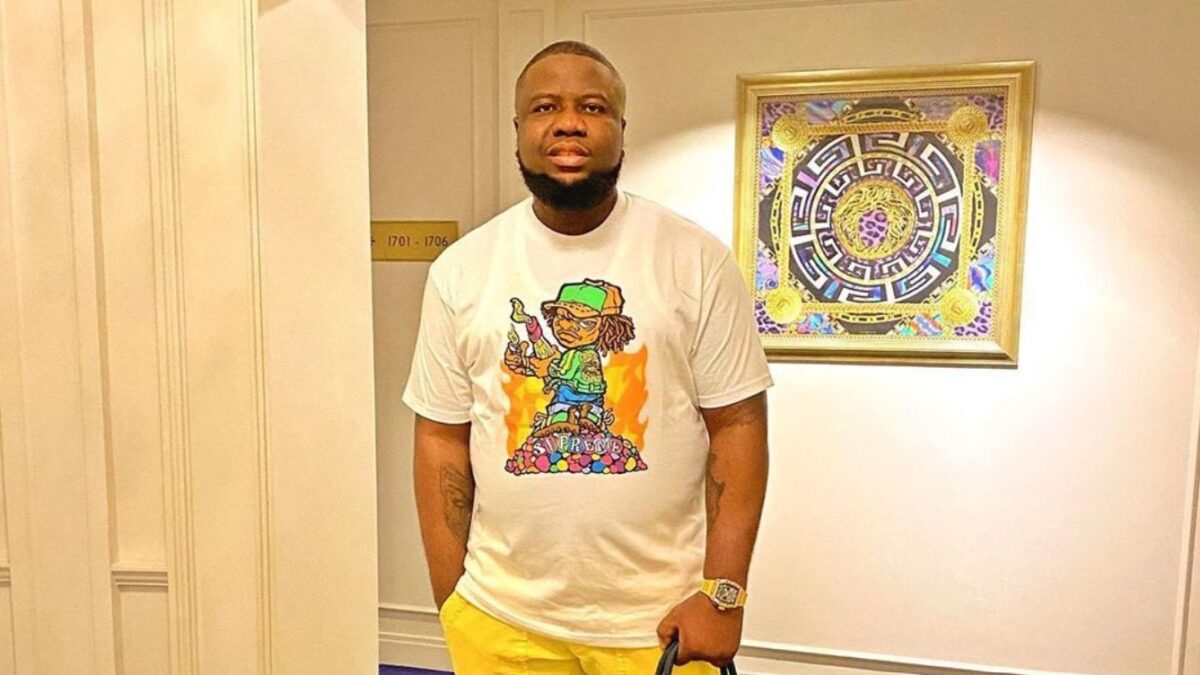 The petition, which started days ago, has 105 signatures.

Hushpuppi, a Nigerian fraudster, was sentenced on November 7, 2022, and rapper and entrepreneur 50 Cent said on his social media accounts that he planned to create a television program based on Hushpuppi and his way of life.

“For my scammers I gotta do this one, Hushpuppy series coming soon!” he wrote captioning his post which featured pictures of Hushpuppi.

Online debate over this revelation was sparked by complaints that the scheme will elevate cybercrime. A petition asking for the cancellation of the TV show resulted from this.

Samuel Effiong, the person who started the petition, complained that the rapper was romanticizing the notion of fraud and further harming Nigeria’s reputation with the intended endeavor.

Explaining his reason for starting the petition, Effiong wrote, “I am disappointed by 50 Cent’s recent announcement about a planned movie series on Ramon Olorunwa Abbas also known as Hushpuppi, a convicted felon currently serving 11 years in a maximum security prison in the U.S over cybercrime or “yahoo yahoo” as it is popularly called in Nigeria, this proposed series will further tank Nigeria’s battered image as it will reinforce stereotypes about all Nigerians being scammers.”

He added, “Furthermore, this plan would not only make Hushpuppi rich, as he would have to be paid for rights, but it would also encourage and glamourize cybercrime. This has to be stopped. Join me to call on 50Cent to stop the Hushpuppi series.”

It wasn’t only 50 Cent that had the notion to film a movie about Hushpuppi’s encounter with foreign law enforcement. The rights to the 2021 release of the Bloomberg story “The Fall of the Billionaire Gucci Master,” about the Instagram influencer Hushpuppi, were purchased by Universal Pictures, Will Packer Productions, and Mo Abudu’s EbonyLife before the announcement of 50 Cent. The majority of Nigerians’ responses to this action were unfavorable.