Home > News > Rihanna Has Been Named A National Hero Of Barbados 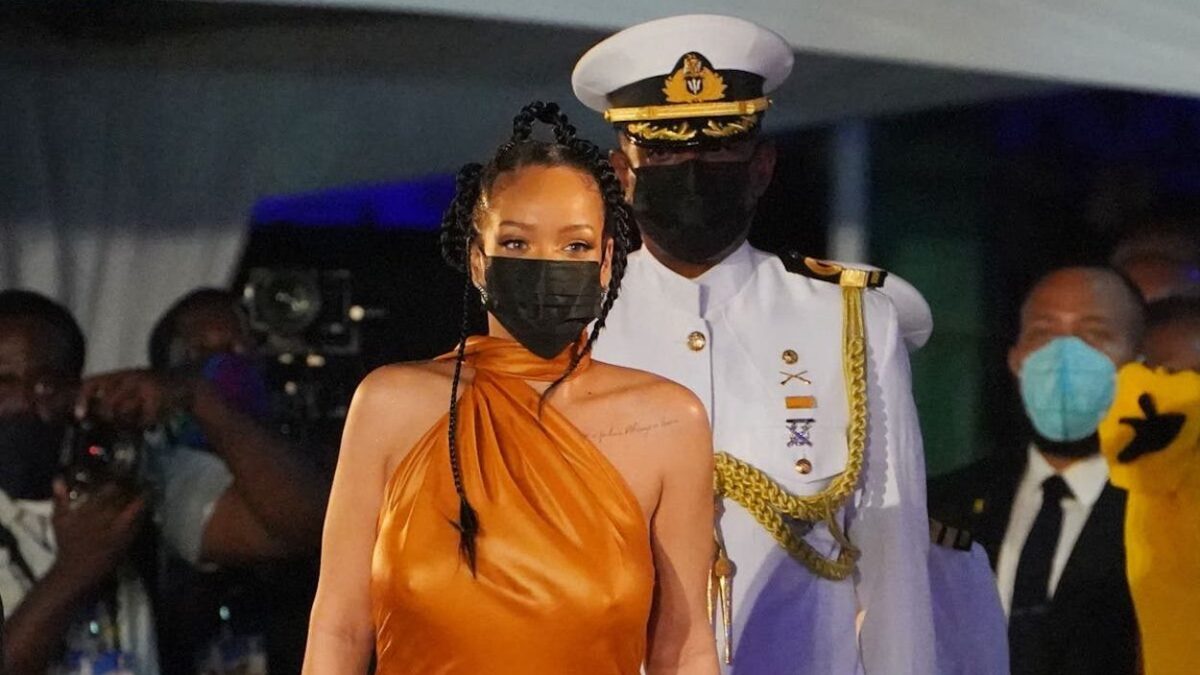 Barbados’ Prime Minister Mia Mottley called the musician and entrepreneur the country’s 11th national hero as the island celebrated becoming a republic for the first time in history.

“Ambassador Robyn Rihanna Fenty has given service to Barbados which has been exemplified by visionary and pioneering leadership,” Prime Minister Mottley said during the Monday night ceremony.

The 33-year-old singer collected the award in an orange floor-length gown with multiple huge braids in her hair.

“May you continue to shine like a diamond and bring honor to your nation,” Prime Minister Mottley added using lyrics from the singer’s 2012 single “Diamonds.”

The service, which began late Monday, was attended by a number of politicians and celebrities, including Prince Charles.

In a letter to Barbados on Tuesday, Queen Elizabeth II, who is no longer the country’s head of state, expressed her congratulations.

“On this significant occasion and your assumption of office as the first President of Barbados, I extend my congratulations to you and all Barbadians,” she wrote. “I first visited your beautiful country on the eve of independence in early 1966, and I am very pleased that my son is with you today. Since then, the people of Barbados have held a special place in my heart.”

The island’s journey to becoming a republic began more than two decades ago, and completed last month with the island’s Parliament electing the first-ever president with a two-thirds majority vote.

This year, Forbes named Rihanna one of the world’s wealthiest female performers, and she was dubbed a billionaire. According to the publication, her net worth is $1.7 billion, with the majority of her fortune coming from her cosmetics line, Fenty Beauty.

Victony Has Released A New Video For 'Pray'