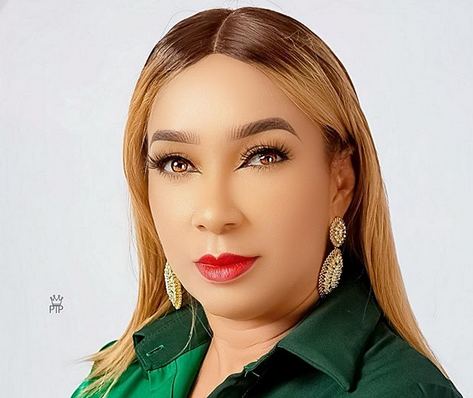 The former President of the Actors Guild of Nigeria (AGN) recently released behind-the-scenes photos from her latest production.

Ibinabo Fiberesima, a veteran Nigerian actress, is preparing to make her long-awaited comeback to the big screen after a break from the spotlight.

The former president of the Actors Guild of Nigeria (AGN) recently revealed behind-the-scenes photos from her next project, in which she would play Mary Slessor, a Scottish Presbyterian missionary who halted the execution of twin twins and battled for women’s rights.

“I feel so blessed playing Mary Slessor in the Film Passion of Mary Slessor. Mary Slessor with her lovely twins💕A MUST Watch Film… coming soon,” the actress wrote on Instagram.

The Moses Eskor-directed picture, titled ‘Passion of Mary Slessor,’ will feature Fiberesima alongside Zack Orji, King Bassey, Segun Arinze, and Moses Armstrong, among others. The principal filming for the film is now taking place in Uyo, the capital of Akwa Ibom.