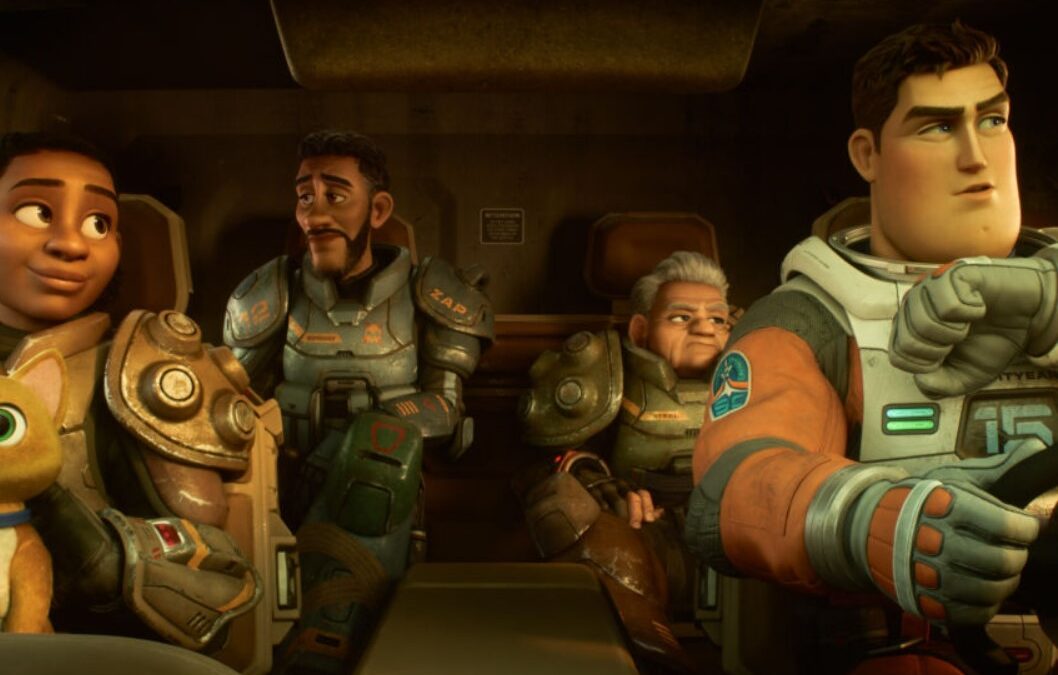 Following rumours that it had been banned due to its contentious same-sex kissing sequence, Pixar’s new animated film ‘Lightyear’ is currently streaming in Nigerian cinemas.

The film will be released in Nigerian theatres on Friday, June 17th, according to Filmone Entertainment, a top distribution business. Because Nigeria has a zero tolerance policy for LGBT content, a censored version of the film will most likely be shown in theatres.

In the film, a character named Alisha Hawthorne kisses her same-sex spouse for a brief moment in a thrilling sequence.

The ‘Toy Story’ prequel has provided a forum for highly controversial LGBTQ+ interpretations since its premiere. The film has been outlawed in at least 14 largely Muslim Middle Eastern nations, including Saudi Arabia, the United Arab Emirates, and Kuwait. Disney’s inclusive material has also been met with severe opposition from a number of Asian countries.

The rumoured ban is unsurprising in Nigeria. The Censors Board briefly banned Marvel’s ‘Eternals’ in November 2021 because to a brief scene of same-sex kissing. The obscene scene was then removed off the huge screens and replaced with a new one. The scene, according to the board, breached Nigeria’s “ethics.”