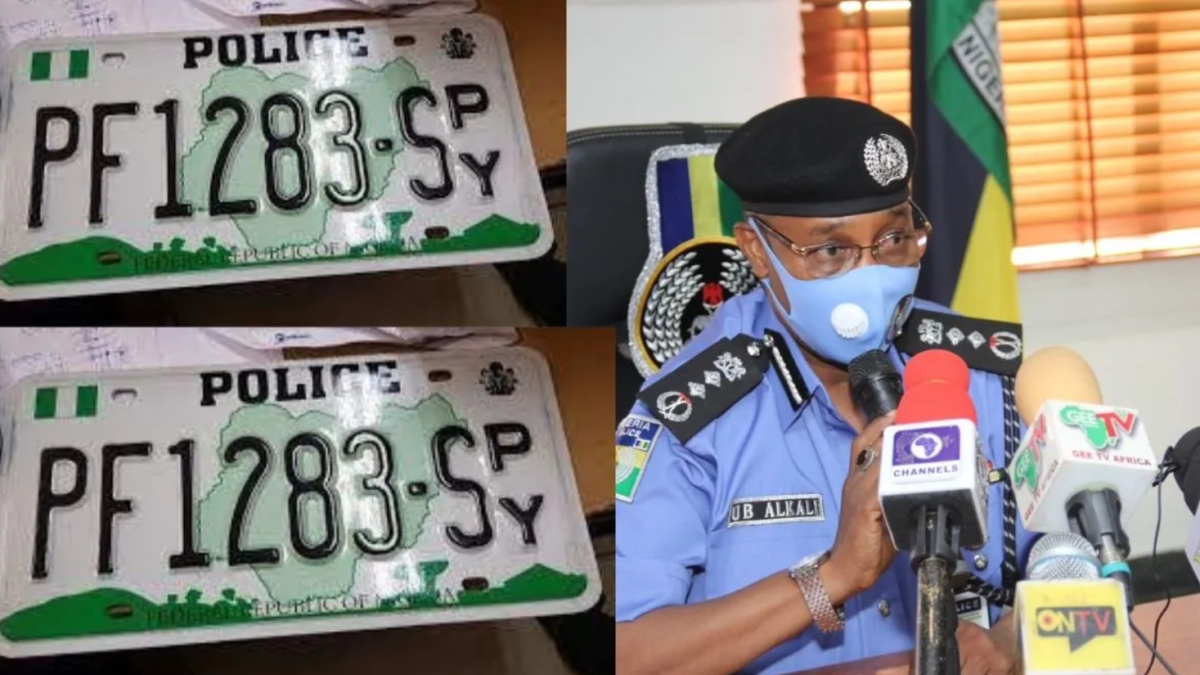 This ruling is required to prevent anyone driving around with privileges granted by SPY police number plates from continuously breaking the law, including traffic laws and other laws governing how to utilize the roads.

Usman Alkali Baba, the Inspector-General of Police, psc(+), NPM, FDC, has issued an absolute prohibition on all usage of Police SPY vehicle number plates by vehicle owners in all of the states of the federation.

In any case, all authorizations are therefore withdrawn indefinitely, regardless of whether this is allowed or not.

This ruling is required to prevent anyone driving around with privileges granted by SPY police number plates from continuously breaking the law, including traffic laws and other laws governing how to utilize the roads.

Therefore, the IGP has ordered that police personnel and officers of other security agencies connected to VIPs who drive vehicles with SPY license plates should guarantee swift adherence to this policy or risk being arrested for violating it.

In addition, the Assistant Inspector General of Police (AIGs) who are responsible for supervising each Commissioner of Police (CP) in the 36 States of the Federation and the Federal Capital Territory have been told by the IGP to fully implement the aforementioned instructions.

The IGP expressly instructed the AIGs and CPs to see to it that any SPY license plates already in use be confiscated going forward; however, the owners of such cars should not be detained unless they are police officers or officers of other security services performing escort responsibilities.

The IGP did issue a warning, however, that police must make sure that people’s rights and privileges are maintained when carrying out these tasks in accordance with local laws and best practices from across the world.

As the actions are meant to improve our internal security, the public and other security agencies are urged to work with the Police in this respect.

Several yahoo lads were apprehended in vehicles with SPY license plates in 2019.