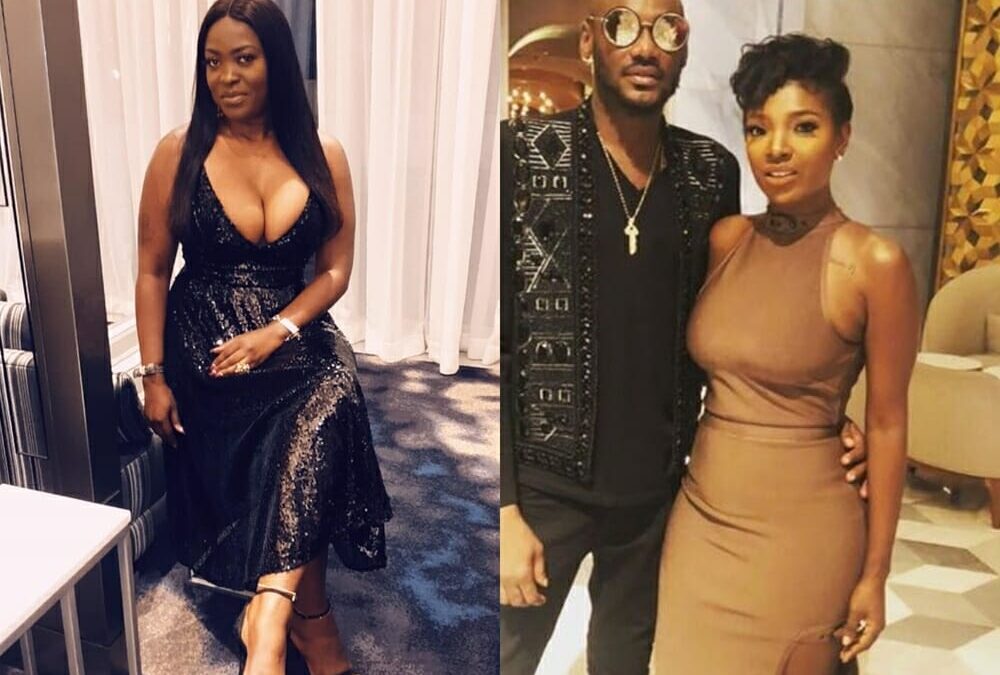 Pero says she once advised Annie to work on her marriage with the music star.

For the first time, Pero Adeniyi, one of 2Face Idibia’s baby moms and the alleged third party in his marriage, has spoken up.

In an exclusive interview with Stella Dimoko Korkus’ blog, SDK, the mother of three from the United States of America revealed the last time she saw the music sensation was around four months ago.

“I had not even spoken to him for about four months before I was woken up with calls to go and see I am trending online because Annie mentioned that he had run off to stay with me in America,” she said.

“We don’t really talk and we are not friends. It is because of this same reason that I have stayed away from him.”

She went on to clarify a viral video in which two women referred to her as the music star’s first wife.

“Those two Ladies in the video, one of them is Tuface’s cousin and they know the truth…they wonder why I have been on my lane and I keep getting dragged into Annie’s marital drama,” she said.

“They are the only ones who can explain why they said what they said in the video. I am at peace with everyone. I have three kids for their brother so visiting me when i am in the Country should not be an issue or make headlines.”

I’m not sure why they created and posted the video. I was furious at first, but I had to let go since I am a cheerful person who doesn’t have time for rage.”

Pero expressed surprise at Annie’s decision when questioned why she disclosed her name in the now-famous leaked audio tape.

“Help me ask Her why she dragged me into her marital drama when she knows well that i do not have contact with her husband? she knows,” she said.

“Why am I her easy target to gain sympathy online? why try to make me responsible if your marriage is failing? I dare her to bring out any evidence of me and Tuface together as a couple? There is even no relationship at all.”

Annie’s marriage to the music legend has been in the news for weeks.

The actress slammed her husband for his’ suspicious’ friendship with Pero in September.

She also claimed that since their marriage, his family has failed to love and care for her.

Later, 2Face issued a statement pleading with the public to keep clear from his marital problems.

Ogranya Named Apple Music Up Next Artist In Nigeria