Home > News > Obaseki Urges Nigerians Not To Sell Their PVCs 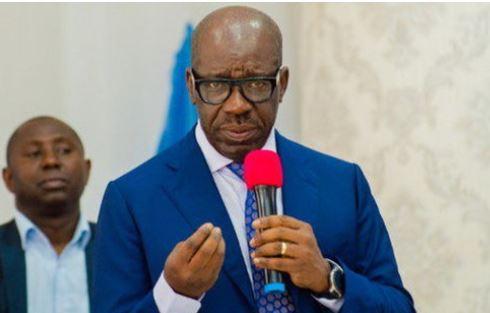 Governor Godwin Obaseki of Edo on Sunday urged Nigerians not to sell their Permanent Voters Cards (PVCs) but rather, make use of it at the forthcoming general elections.

Obaseki made the call at the 26th edition of the Auchi Day Celebration of Allah Most High, in Auchi, Edo.

Obaseki represented by his deputy, Mr. Philip Shaibu, said that Nigeria had no basis for the current economic hardship, security challenges, as well as people living in abject poverty.

According to him, it is time for citizens to use their PVCs wisely.

“2023 election is very crucial, so I appeal to Nigerians, particularly the good people of Edo to make good use of their PVCs, starting from Feb. 25, to elect God-fearing people in positions of authority.

“This election is very crucial because it will enable the people into the executive and the legislative positions.

“If you are a registered voter and you have not collected your PVCs, go and collect your card from the nearest Independent National Electoral Commission (INEC) office.

“And If you have it already, don’t sell it to ‘selfish politicians’, who will want to mortgage our future.

“Edo North district, being the second highest voting population in the state, I urge you people to use your PVCs wisely and vote credible leaders,” Obaseki said.

The governor commended the Otaru of Auchi, Aliru Momoh for ushering peace, unity, and development in the Auchi Kingdom.

He enjoined the people of the community to also continue to foster peace and unity in the community and also urged the sons and daughters of the kingdom to join the Otaru, to develop the area.

Earlier, the Otaru of Auchi called on Nigerians to spend the little they have, in promoting the course of Allah, as they would receive the rewards abundantly.

Momoh who said there was strength in unity, also advised a former state governor, Adams Oshiomhole, and the current deputy Gov. Philip Shaibu, to mend fences for the benefit of humanity.

He said the Auchi Day celebration was set aside for the Almighty Allah, as he had been very generous to the kingdom.

In his welcome address, the chairman of the occasion, Dr Mustafa Lecky commended the Otaru for setting a day aside for the celebration of almighty Allah in Auchi.

Lecky said the Auchi community had become the fastest-growing community and home for all Nigerians.

'Big Brother Titans': The New Show Will Premiere This Weekend

Wizkid Is Back With A New Track, ‘Money & Love’