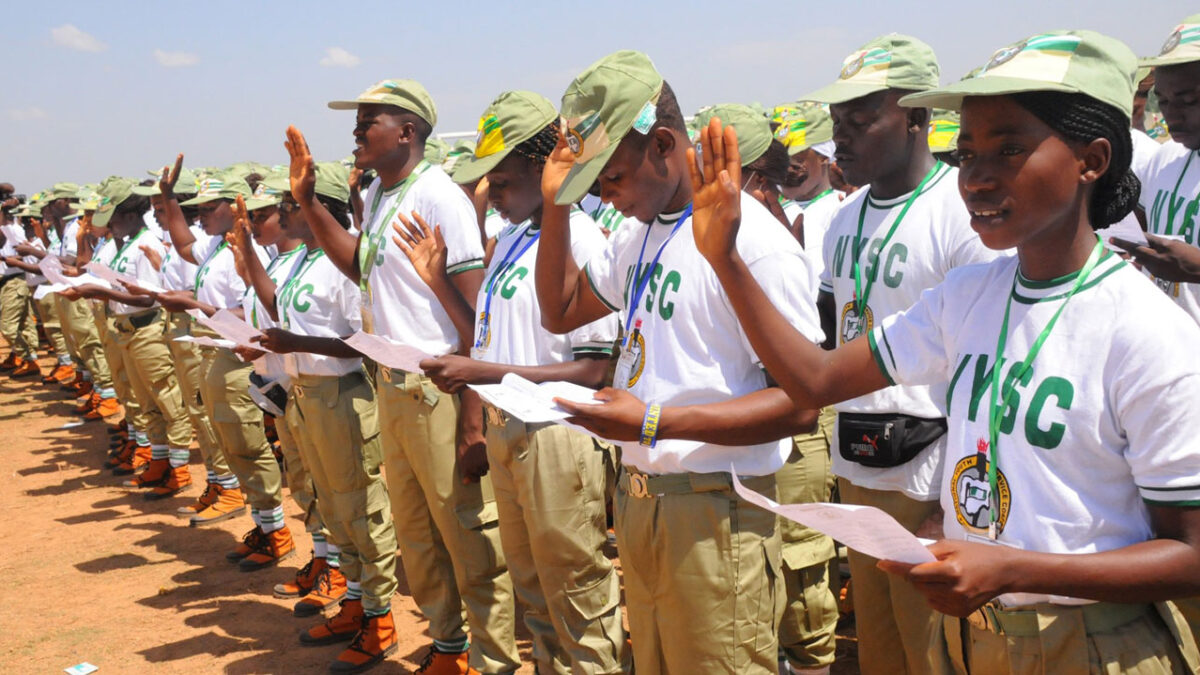 The minister praised the film’s timely publication, noting that the scheme’s relevance has recently come under public scrutiny and debate.

Mr. Sunday Dare, Minister of Youth and Sports Development, believes the National Youth Service Corps (NYSC) is here to stay since its benefits to national development are undeniable.

Dare spoke in Abuja on Saturday night at the screening of “A Call to Service,” an advocacy film created by the NYSC.

The film was created to raise awareness of the scheme’s importance in encouraging patriotism, national unity, peace, and togetherness.

Nollywood performers like as Pete Edochie, Toyin Abraham, Ali Nuhu, Belinda Effah, Imeh Bishop, popularly known as “Okon Lagos,” and comedian Anita Asuoha, better known as “Real Warripikin,” were among those that appeared in the film.

The minister praised the film’s timely publication, noting that the scheme’s relevance has recently come under public scrutiny and debate.

“The timing of this movie could not have been better after weeks and months of debates about whether the NYSC is relevant or not and whether the scheme should be scrapped or should continue.

“The answer to the critics, to the anti-NYSC is in the premiere of this movie. This movie needs to travel and hit every viewing platform across this country and in the diaspora; it must go viral.

“The message must go out strong and clear, that the NYSC has come to stay. The scheme is more relevant now than it has ever been before,” the minister said.

Dare stated that the film’s distribution will help the ministry with its ambitions to establish the NYSC Trust Fund.

He believes that by the end of the first quarter of next year, after we have completed all essential steps, he will be ready to deliver a letter to the (Federal Executive) Council for the formation of a NYSC Trust Fund.

Former Head of State and NYSC originator Gen. Yakubu Gowon has encouraged the Federal Government’s legislative and executive arms to take the required measures to create the NYSC Trust Fund.

Gowon, who was represented by Mr Yusuf Nalado, Member, NYSC Governing Board, stated that the gesture would safeguard the scheme’s survival and the future of Nigerian young.

Gowon urged Nigerians to continue to support the plan in order for it to fulfill its goal.

The NYSC Director-General, Brig.-Gen. Shuaibu Ibrahim, stated that the scheme developed the film to drive the scheme’s relevance and to give a platform for corps members to explore their potential.

Ibrahim stated that the film also sought to educate local and foreign-trained graduates on the need of national service and the legal ramifications of failing to comply.

“You are all aware that NYSC has for long become a household name in Nigeria owing to its invaluable contributions to national unity and development.

“In particular, its role in the training and mentoring of the youth in preparation for their future leadership responsibilities have been appreciated by all and sundry.

“The movie we are unveiling today is part of the innovative approaches of the present management to engendering a greater appreciation of the relevance of the scheme.

“It is an advocacy and sensitisation tool that is also expected to influence a greater commitment of stakeholders to their roles and responsibilities as spelt out in the NYSC Act Cap N84 Laws of the Federation of Nigeria 2004 and the NYSC Bye-Laws.”

According to Ibrahim, the film is also being made to encourage local and foreign-trained Nigerian graduates who are eligible for national service to volunteer after graduation.

He said that doing so would keep the graduates from being charged with absenteeism, absconding, or certificate fraud.

According to the director-general, the film was made under the schemes movie production platform “NYSCwood,” which was intended to educate the public on pertinent subjects.

“Some of the actors in the movie were serving corps members at the time of its production. Indeed, the film was produced by a corps member, JairusPaul Osazuwa.

“This is in line with our policy of providing opportunities for corps members to develop their potential. It is in this regard that we established the NYSC movie production platform, which we christened NYSCwood.

“Already, we have produced several short films aimed at sensitising the public on issues such as elections, safe blood donation, and campaign against open defecation.

“Apart from deploying our movies as instruments of entertainment and education, the NYSCwood will serve as a training platform for corps members who will be interested in pursuing a career as professional movie actors while also generating revenue for the scheme,” Ibrahim said.

He also stated that the program has inked a collaboration arrangement with the Actors’ Guild of Nigeria (AGN) to create a platform for corps members to grow and enhance their creativity.