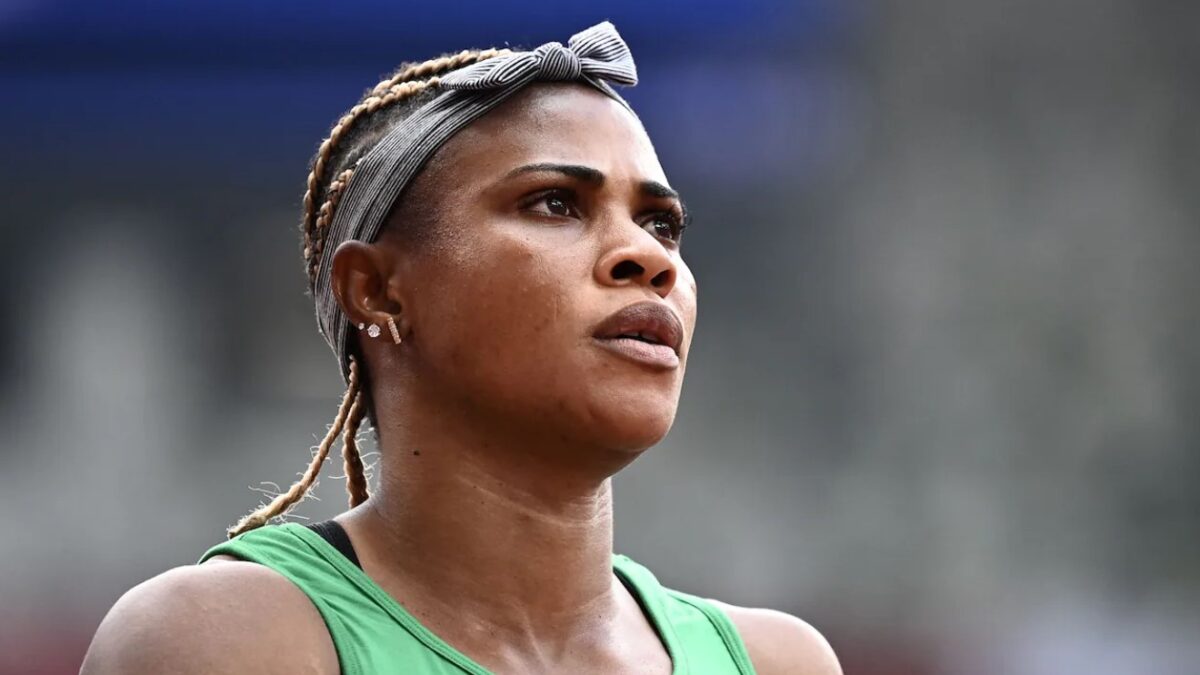 Blessing Okagbare’s doping charge has barred the Nigerian women’s 4100 meters relay team from competing in the next World Athletic Championship.

The Athletics Integrity Unit (AIUBrett )’s Clothier announced the penalty in a statement on Monday night.

On June 13, 2021, Okagbare was said to have eluded sample collection. She participated in the relay competition in Nigeria’s Olympic trials six days later.

The bronze medalist from the Beijing Olympics assisted in securing a spot for the nation at the competition. The World Athletics Championships are scheduled to take place in Oregon, US, in July. Later, it was discovered that she had broken the anti-doping rules.

AIU explained as a result, “all individual and relay results involving Okagbare, from June 13, 2021, are now disqualified under the rules.”

“Over the years, we have repeatedly seen how one person’s actions adversely affect team-mates who have trained hard and worked honestly for their results,” Clothier said.

“In a relay team, if one member violates the anti-doping rules, everyone bears the brunt of results being expunged. They all pay the price. In this instance, Nigeria has lost an important qualification spot. Those are the rules and we will not compromise on integrity.”

Okagabre was handed a 10-year doping suspension in February after breaking many anti-doping laws.

After the AIU found that she had tested positive for human growth hormone in one of the out-of-competition drug tests she took in Slovakia on July 19, the case started during the Tokyo Olympics, and she was given an indefinite suspension.

Subsequently, in October 2021, she was hit with three distinct anti-doping allegations.

Okagbare was reportedly included in the evidence acquired against Eric Lira, the self-described kinesiologist and naturopathic physician who supplied performance-enhancing medications to athletes competing in the Tokyo Olympics, in January 2022, according to the US Department of Justice.

The Nigerian was further accused by AIU on June 10, of “evading sample collection, and tampering or attempted tampering with the doping control process.”

As a result, AIU added a year to Okagbare’s original 10-year suspension.

Don Jazzy, Lilo Aderogba Have Joined The Cast Of The Sequel To ‘Introducing The Kujus’