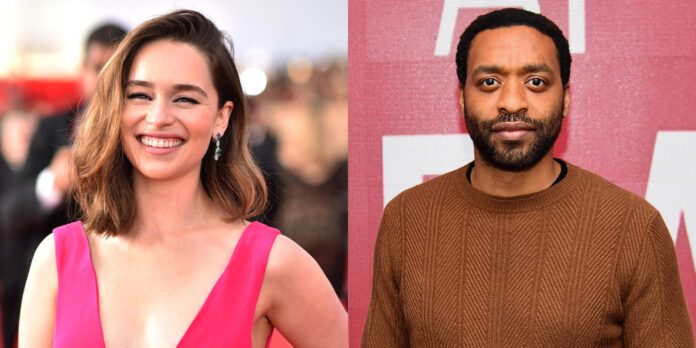 The two will play lovers in a sci-fi Rom-Com set to begin production in March 2022.

Emilia Clarke hasn’t starred in a rom-com since 2019’s Last Christmas and 2016’s Me Before You, but the mother of dragons is back in another one with Chiwetel Ejiofor.

He is well recognized for his major part in the film 12 Years a Slave, as well as the films Lockdown and Marvel’s Doctor Strange. Emilia Clarke will portray Rachel, while Ejiofor Chiwetel will play her husband, Alvy, according to Variety.

The couple in the film wants to take their relationship to the next level by having a child together, but not organically. Rachel gains access to technology that allows couples to share the side effects of pregnancy via detachable wombs as a result of her IT profession.

Ejiofor’s character is a botanist who is apprehensive about the surgery but is willing to go to any length for the sake of his wife. While the idea of The Pod Generation appears to be based on technology that may or may not exist in the future, the film is only set in the near future.

What’s intriguing is that the filmmakers have opted to examine this subject matter in the context of a rom-com, which will definitely be an odd match with a sci-fi story.

Sophia Bartes, the film’s director, has commented on the unlimited amount of “comedic material” that can be drawn from the “idea of the artificial womb as either doom or freedom for women.”

It’s great to have a female director at the helm of a rom-com about a sensitive subject like fertility and childbearing in marriage. With talents like Clarke and Ejiofor in the cast, it has all the makings of a box office smash. Filming will begin in March 2022, therefore The Pod Generation will most likely be released in theaters or on streaming platforms in 2023.