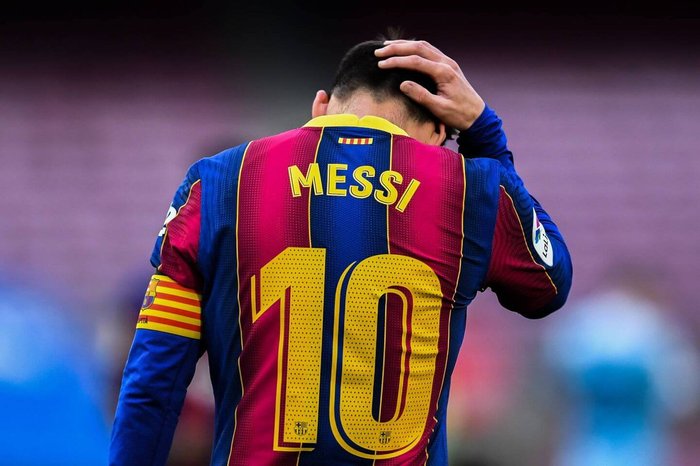 Six-time Ballon d’Or winner, Lionel Messi is officially a free agent with his FC Barcelona contract expiring, but the Catalans say they are in the process of confirming a new deal.

The 34-year-old Argentine international had his Barca contract expired on June 30th, amid speculation of a move away from Camp Nou which he has called home since 2000.

Barcelona president Joan Laporta conceded to the situation not being ideal but said negotiations were ongoing.

“We are doing well but you have to fit a deal into the financial fair-play,” Laporta told reporters on Wednesday. “We want him to stay and we are excited for him to stay. I wish I could tell you that Leo is staying but I can’t say”, he said.

Messi expressed a desire to leave Barcelona last off-season, with a growing dissatisfaction with the direction of the club on and off the pitch. The Argentine remained with FC Barcelona bound by a clause in his contract, referred to by former president Josep Maria Bartomeu who has since been replaced by Laporta.

Messi, who is currently in Brazil with Argentina competing at Copa America 2021 tournament, is widely expected to stay at Barca.

Barcelona has spent the past 18 months attempting to trim its wage bill, having been significantly impacted financially by the COVID-19 pandemic. Messi’s previous contract, signed in 2017, was worth approximately 593 million dollars over four years. The Argentine has won 10 La Liga and four Champions League titles during his time at FC Barcelona.