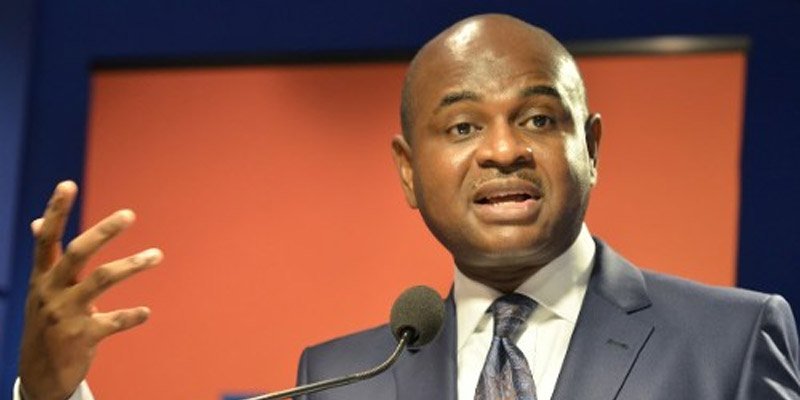 Nigerians, according to Moghalu, must break free from the political elite that exploits them.

Prof. Kingsley Moghalu, a former presidential contender, claims that Nigerian voters are too’mentally enslaved’ to realize that they have been wasting their votes since the return of democracy in 1999.

Over the past 22 years, the Peoples Democratic Party (PDP) and the All Progressives Congress (APC) have alternated power of the Federal Government, but Moghalu believes they have not rewarded voters with competent administration.

Despite the two parties’ dismal results, people are too loyal to their “political captors” to examine better options, such as him, according to the 58-year-old.

He said, “Our own people are so mentally-enslaved that they’re only looking at who can win, not whether that person or that party can provide them with the basics of life that people take for granted in Japan, China, America, or Sweden.

“That means our people have come to believe they’re less than human. They have been devalued in their own minds and don’t even value themselves anymore.

“All of this supposes that we the people have lost our agency. We don’t have a will anymore. We must reverse this trend.”

Moghalu intends to fight for the country’s top political post again in 2023, following his less-than-impressive performance in the 2019 presidential election, where he received less than 22,000 votes.

He stated that his electoral approach is to persuade Nigerians to break the ‘chains of slavery’ that bind them to the political elite that exploits them.

The former deputy governor of Nigeria’s Central Bank (CBN) bragged about his ability and expertise in uniting the country and making it operate better for Nigerians than it does now.