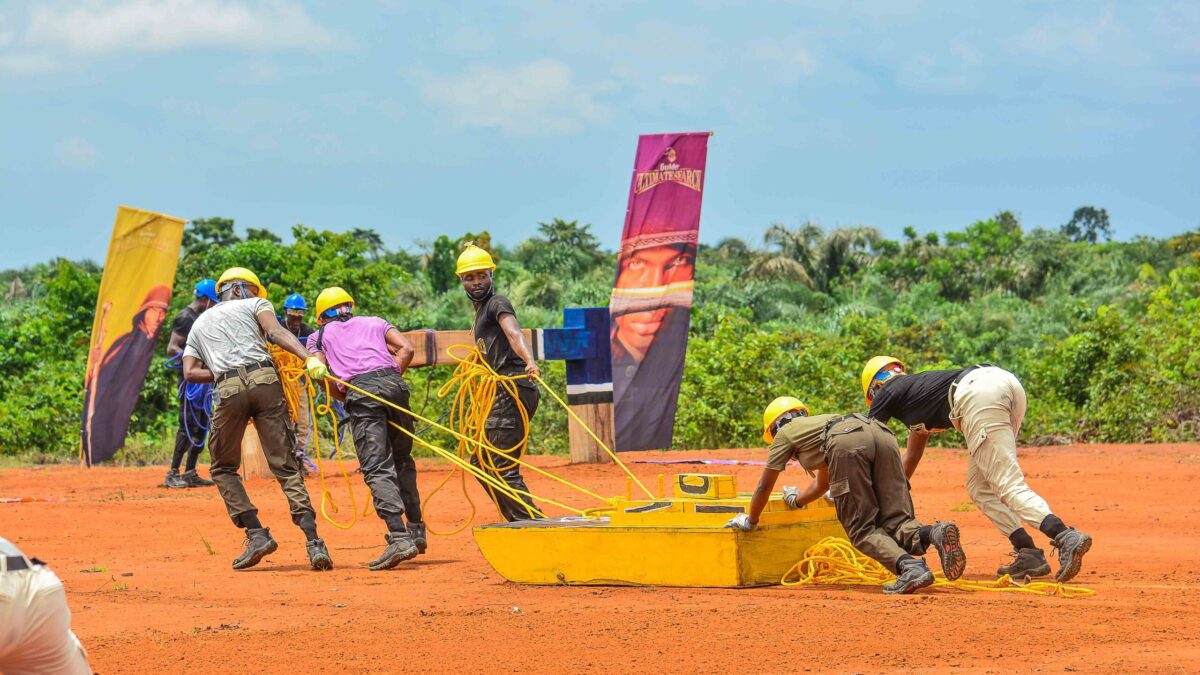 Despite losing a member last week, Clan Irin has shown to be a formidable clan to watch.

Rope-A-Dope was the day’s task, and each clan had to select three members to work together to untangle the lengthy ropes linked to two beams. As the ropes are unraveled, one end will be connected to each member. They’ll attach the ring at the second beam to the sledge once they’ve been separated. The crew then drags the sledge back to the beginning and puts the puzzle parts back together.

As Damola, Tobechukwu, and Yankari progressively dismantled the ropes, Clan Iroko appeared to have found a working team formula. They immediately made their way to the sledge, weaving and hoping in synchrony. Clan Irin progressed steadily as Oreva, Damilola, and Ishmael worked together to lead their clan to victory.

Clan Irin was on the verge of losing the race because they couldn’t locate their ring in time; in the meantime, Iroko was already dragging their sledge back to the starting site. Fortunately, they discovered it and proceeded to their puzzle board. And, as luck would have it, Irin was the first to finish their riddle. Iroko was right behind them, and they came in second. Clan Amo finished last in the competition.

Clan Irin was the second clan to receive a reward from the council of elders at the site of the talking drum, and it’s always been Irin.