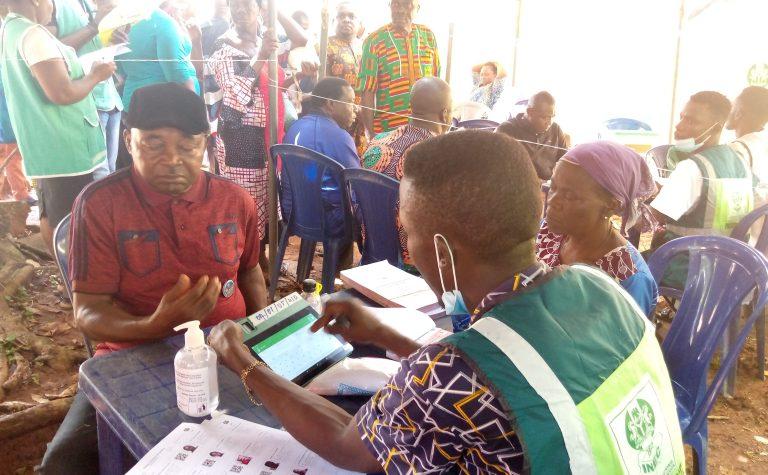 Some voters who arrived at the polls about 8:30 a.m. were asked to return with their facemasks.

As voting began in Anambra State’s Awka South Local, people allegedly disregarded the Independent National Electoral Commission’s (INEC) mandate that voters without face masks would not be permitted to vote.

Ahmed Abdilahi, INEC’s presiding officer in the region, was claimed to have issued the command.

According to Punch, several of the people who came out to vote about 8:30 a.m. were requested to return and bring their facemasks before they could vote.

Chikodi Aghanya, a former member of the Anambra State House of Assembly, was outraged by this and called INEC’s order “rubbish.”

“We can’t take that instruction from you. This is rubbish. How can you ask these old people here to go back to their homes to go and bring facemasks before they will be allowed to vote? If you do that here you will see our true colour,” he said.

Reacting, the Presiding Officer who is a National Youth Service Corps member said, “That was INEC instruction and we will obey it to the letter. We have hand sanitisers here. We have our facemasks on. They should go and have theirs. It’s a simple instruction they must obey.”

The Presiding Officer also informed Punch that they were experiencing network difficulties in order to utilize some of their equipment.

'Mentally-Enslaved' Nigerians Have Wasted Their Votes For 22 Years - Moghalu