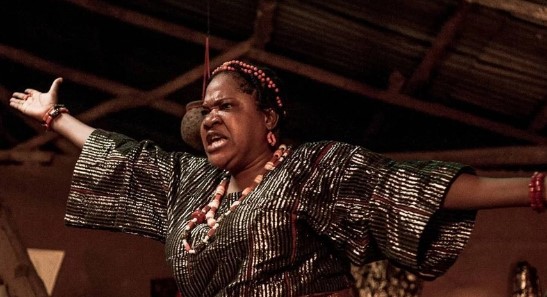 After a successful N300 million theatrical run, the blockbuster epic debuts on the streaming service.

The popular movie “King of Thieves,” produced by Euphoria 360 and Anthill Studios, has made its Amazon Prime Video premiere.

The epic’s August 1 release comes after 14 weeks in theatres and a record-breaking N320.80 million in ticket sales.

Remember that Filmone reported in June that the Adebayo Tijani and Tope Adebayo Salami-directed movie had surpassed the N300 million milestone, making it the first Yoruba-language movie to do so.

The mythical Yoruba kingdom of Ajeromi, which is the setting of “King of Thieves,” is plunged into anarchy as a result of the invasion of the sticky Ajeshinkole. The epic, which had its theatrical debut on April 8, 2022, stars Femi Adebayo Salami in the title character with Toyin Abraham, Odunlade Adekola, Ibrahim Chatta, Adedimeji Lateef, Aisha Lawal, Mr. Macaroni, and Broda Shaggi.

A title license agreement between Anthill and Amazon was revealed in January, and it includes the Femi Adebayo-produced popular movie.

What this implies for Anthill is that the studio’s films will be released on Prime Video after their theatrical run thanks to the multi-year agreement.

Burna Boy Breaks Another Record With His Latest Concert