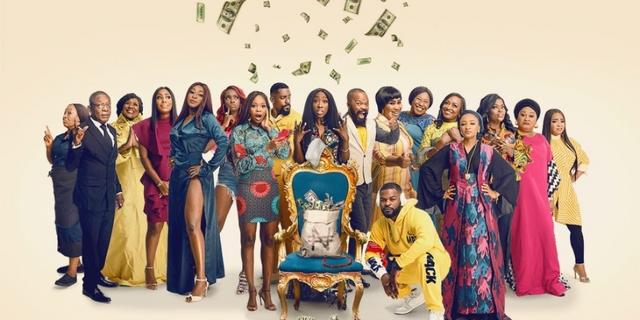 Movie fans have resorted to social media to express their dissatisfaction with the film.

Chief Daddy 2, an Ebonylife comedy drama, left movie fans upset by its “bad” narrative. It was filled with a large cast and excellent cinematography. The movie gave us the perfect example of “Too many cooks spoil the broth.” The comedic drama, which premiered on January 1, features an unnecessary storyline with no way forward after each scene.

Why make a sequel since the original film, ‘Chief Daddy,’ which came out on December 14, 2018, lacked the humour that they worked so hard to portray? It was riddled with inconsistencies and received a poor rating overall.

Ireti (Zainab Balogun) was a quiet and peace-loving psychologist who has suddenly transformed into a cruel you tuber who airs her family secrets on her page. Also, how did Nike (Shaffy Bello) transition from fashion designer to Tinu and Teni’s business partners?

How could the lawyer have been unaware that there was a significant shareholder? She convenes a meeting and announces it to them, thereby robbing them of their inheritance.

The trip to Dubai is a different story, as is Shaggi’s relationship with his girlfriend. The movie had a completely new tale which included several unnecessary scenes.

Bode Asiyanbi wrote the script, Niyi Akinmolayan directed it, and Mosunmola Abudu and Temidayo Abudu produced it. It tells the story of a wealthy millionaire who dies and his family, friends, and staff battle for a slice of his riches.

Fans of the film have taken to social media to vent their displeasure with it. Below are some of the comments:

“The football scene where Mawuli got injured is the joke of the century. Chief Daddy 2 was a waste of money and cast.”

“What’s paining me in this chief daddy 2 is that there are too many talented people in it and they don’t shine. Forced comedy,”

Because I refuse to inherit anyone’s enemies, I’m about to watch Chief Daddy 2. I’m going in completely neutral, regardless of all the poor reviews I’ve seen, warning me not to watch.🤡 I shall be documenting my findings here. 🧵 Will I regret this? Stay tuned to find out.

Starting CHIEF DADDY 2 and i can already see why people criticized it alot. You dont collect all movie stars and load in one movie.

It is impossible to write a knowledgeable and honest review of Chief Daddy 2 and not trash a quarter of Nollywood: the non-script, the non-cinematography, and, my god, the non-acting. Biko, what is going on at Netflix Naija? My surprise is that the cast signed up to do this.

Wait, what are you guys expecting from Chief Daddy 2? Lol, Chief Daddy is a comedy movie, una expect falz to be Avatar and broda shaggi to be superman? 😩🤦🏾‍♂️

Never seen a Nigerian movie get this much criticism on social media. Is Chief Daddy 2 really that bad?

The slaughter of Chief Daddy 2 on the TL is killing me because just 72 hours ago I was in a space where it was suggested that critics are overly critical, not that films are badly made. Well, now the audience itself is talking, hopefully this time Nollywood listens.

Tried to watch “Chief Daddy 2” in 4K. Glo network saved me from that costly mistake.