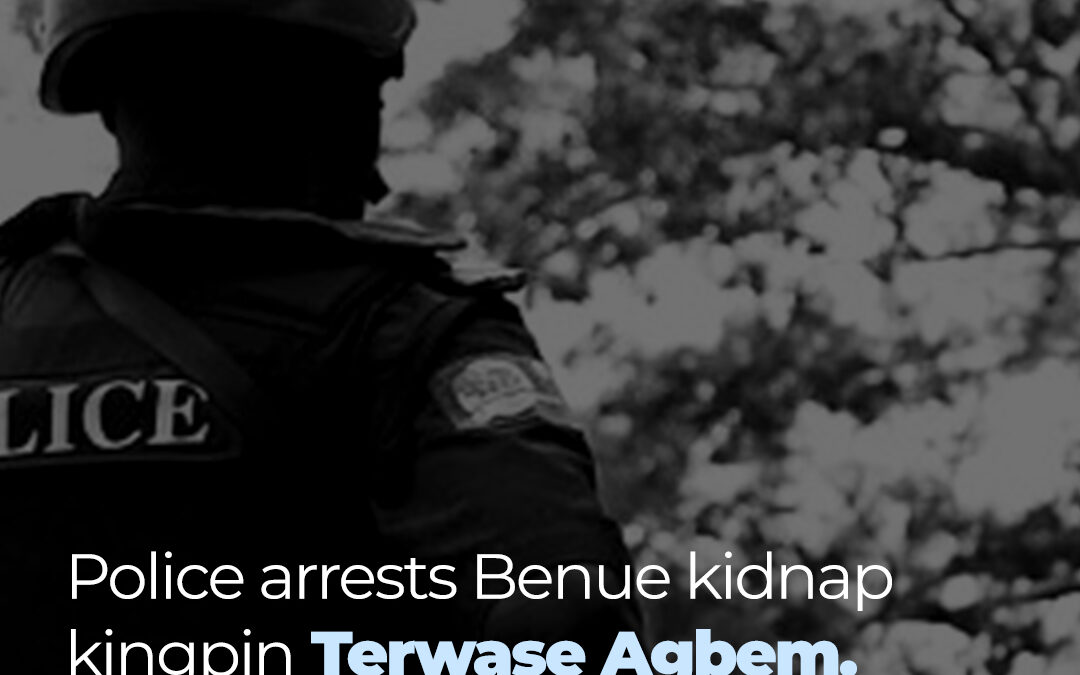 According to the police spokes person Anene Sewuese Catherine the suspected kidnap kingpin has being napped by the police. She made this known to the public on Monday 24th May.

She indicated that the suspected kidnap kingpin, and his accomplice, Mson Yaasa of Adikpo, have been arrested in the Kwande local government area of Benue state, when they assembled at Ankpa Quarters in Makurdi and were perfecting their plans to abduct their victim.

“On 22/05/2021 at about 1200hrs, these suspects had assembled at Ankpa Quarters, Makurdi and perfected plans to carry out their nefarious act when the operatives invaded their hideout and arrested the kingpin, one Paul Terwase Agbem also known as Top of Gwarimpa, Abuja and one Mson Yaasa of Adikpo, Kwande Local Government Area.” She said.

The police spokesperson has identified the planned Kidnap victim as a staff of the Joseph Sawuan Tarka University of Agriculture, Makurdi who allegedly refused to pay him money for the contract he executed in the school.
Anene explained that efforts are in progress to arrest the fleeing suspects.